This weekend was the official start of craft show craziness, but I want to talk about Friday.

Friday was Mario's birthday and, unusual for him, he decided to take the day off work so we could do something.  We started out by taking the bus downtown to have breakfast at our favorite diner, which is being threatened with closure because they want to build a luxury hotel on the site.  (Across the street from another luxury hotel which isn't always full, and down the street from two more.  Don't get me started).

Then we went to the Pennsylvania Academy of Fine Arts.  The original plan was to go to the Philadelphia Museum of Art down on the Parkway, but they didn't have any special exhibits on that were intriguing, and neither of us had been to PAFA in ages.  For anyone living in or planning to visit Philly, this is one amazing -- and seriously under-advertised and under-appreciated museum!  It was started in 1805 as an art school and museum, and the building itself is a work of art.  The collections are all American, starting with a trio of Gilbert Stuart and Peale portraits of George Washington, and going all the way to the present.

They had a beautiful exhibit of American Impressionist garden paintings, some drool-worthy Tiffany windows, an entire gallery hung "salon" style, with no labels on the paintings (but gallery guides on the benches).  The theory was that the owner of the paintings would know them all by heart and would guide visitors through, explaining each one.  It looks like a really high end version of the way I cover my walls -- paint is good, but you don't need to see much of it!

They also had a few pieces by Maxfield Parrish.  We both have a serious soft spot for Parrish, so we stood in front of the painting of Dream Garden for a while, and then remembered that the Tiffany glass mosaic of Dream Garden is also in town, located at 6th and Walnut Streets.  After we got done at the museum, we walked down there and sat in front of the enormous mosaic for a while.

Stuffed full of art and slightly dizzy with it, we took the bus back home and rested for a bit, because we had dinner reservations (back in town again) at Parc.  Mario's sister always gives us restaurant gift cards for birthdays and holidays, and we'd been stockpiling for a while so that we could have a blow-out dinner.

This was that dinner.  It's a wonder we were able to roll out of bed the next day to start the craft show insanity, but we managed.  The rest of the weekend was sunshine, selling and several forms of exhaustion, all of which were good, and nearly as much fun as our day out on Friday. 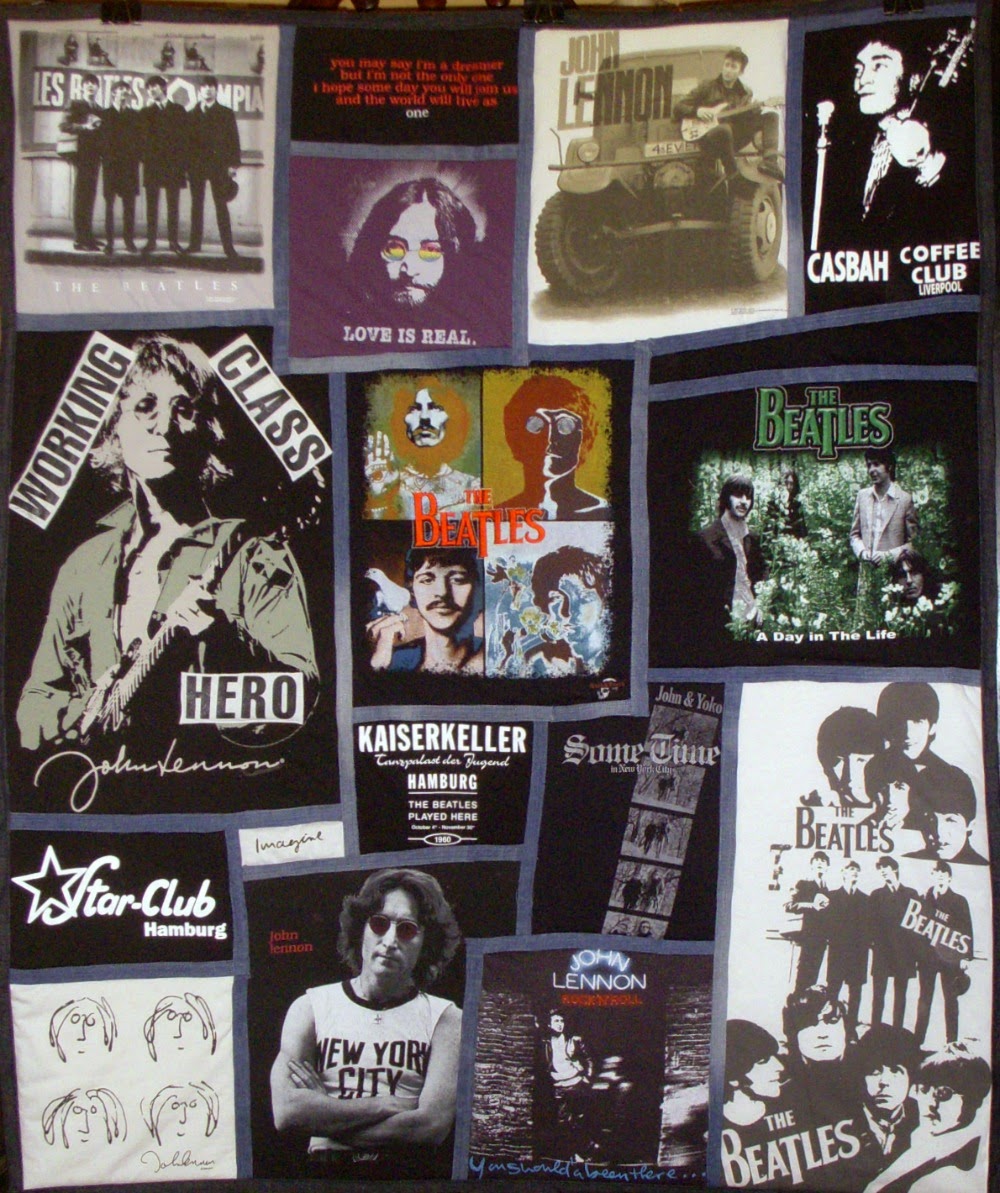 Today is the beginning of my third year of non-traditional employment, and I can't say I've once regretted my decision to walk away from life in an office.

I occasionally regret the lack of money in my bank account, but that's not the same thing.

Progress notes:  I finished my edits Saturday, did a last review and sent the book off to the agent yesterday.  I got the manuscript down by a little over 25,000 words, which surprised the hell out of me.  Having someone else potentially take a red pen to your work makes you far more able to see things you ignored the first (ten) times around.  This was possibly the best writing lesson I've ever had.

My first craft show of the season also happened Saturday, small and fairly short, but a good practice run for the two big ones coming up.  Pulling everything together at midnight the night before is not recommended; you're bound to forget something.  At least it wasn't anything important.

It was also half price day at the thrift store on Saturday, and I found a bunch of fabulous print scrubs tops which will soon be turned into fabulous print toddler dresses with ridiculous amounts of rickrack or other trim.  I'm looking forward to getting reacquainted with my sewing machine.

I'm still revising, deep in another century.  I leave you with some photos of the YSL/Halston exhibit at the FIT Museum in NY.  See it if you can.  I never thought much of 1970s fashion, having grown up during the period.  I think I've changed my mind. 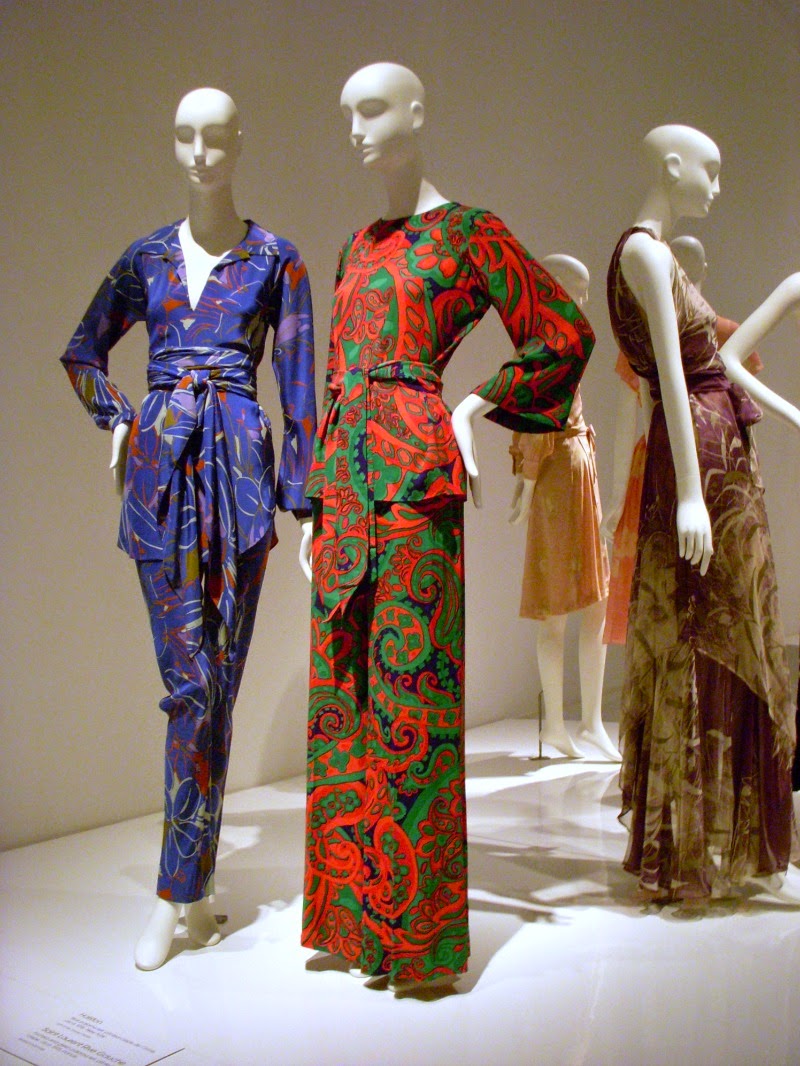 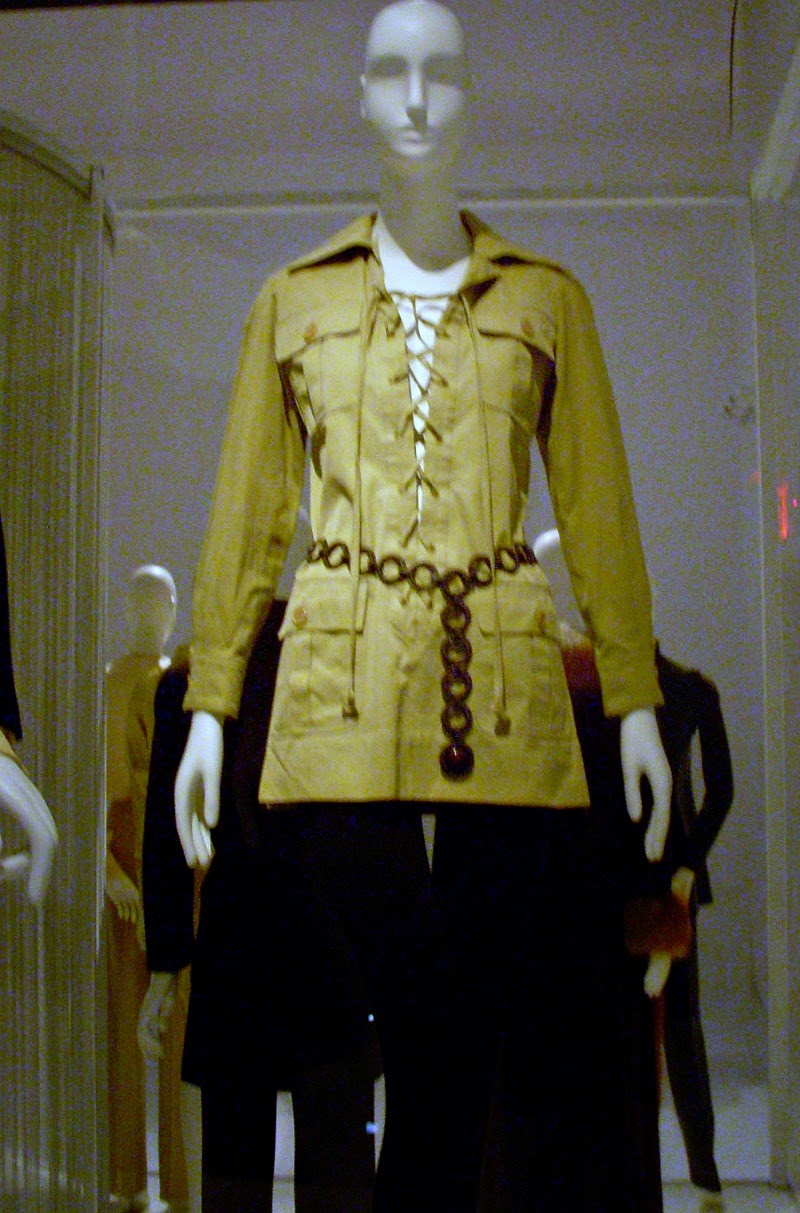 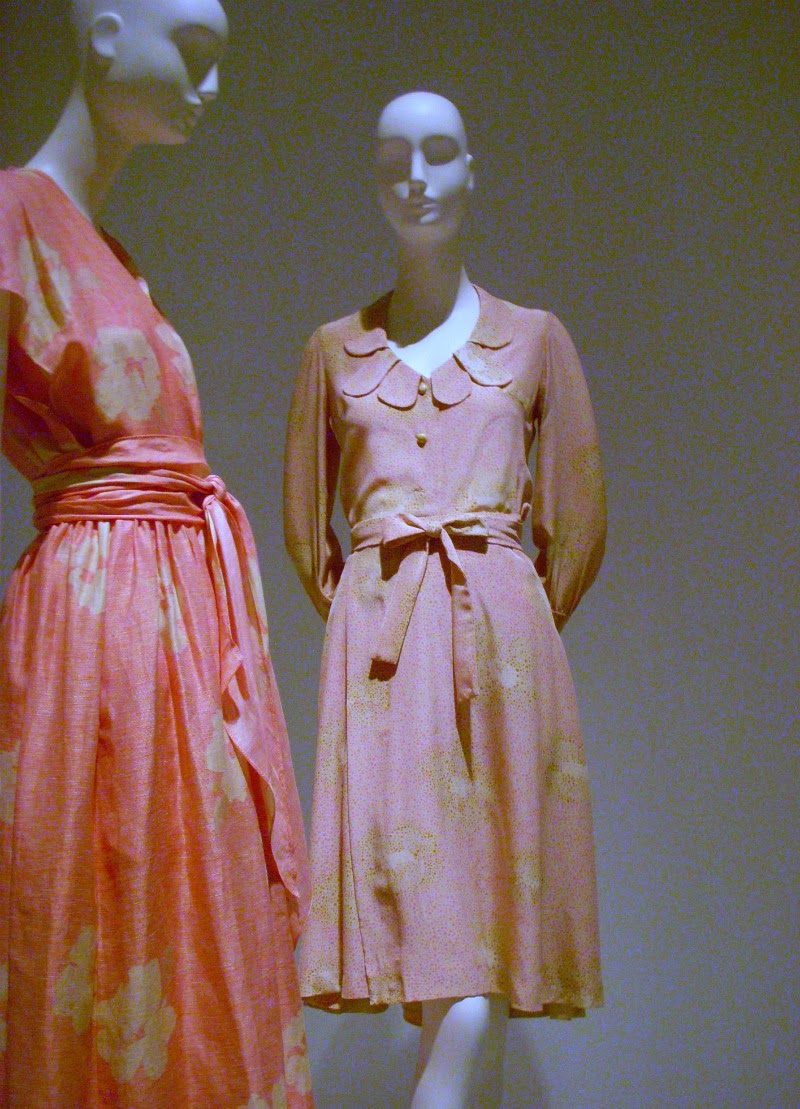 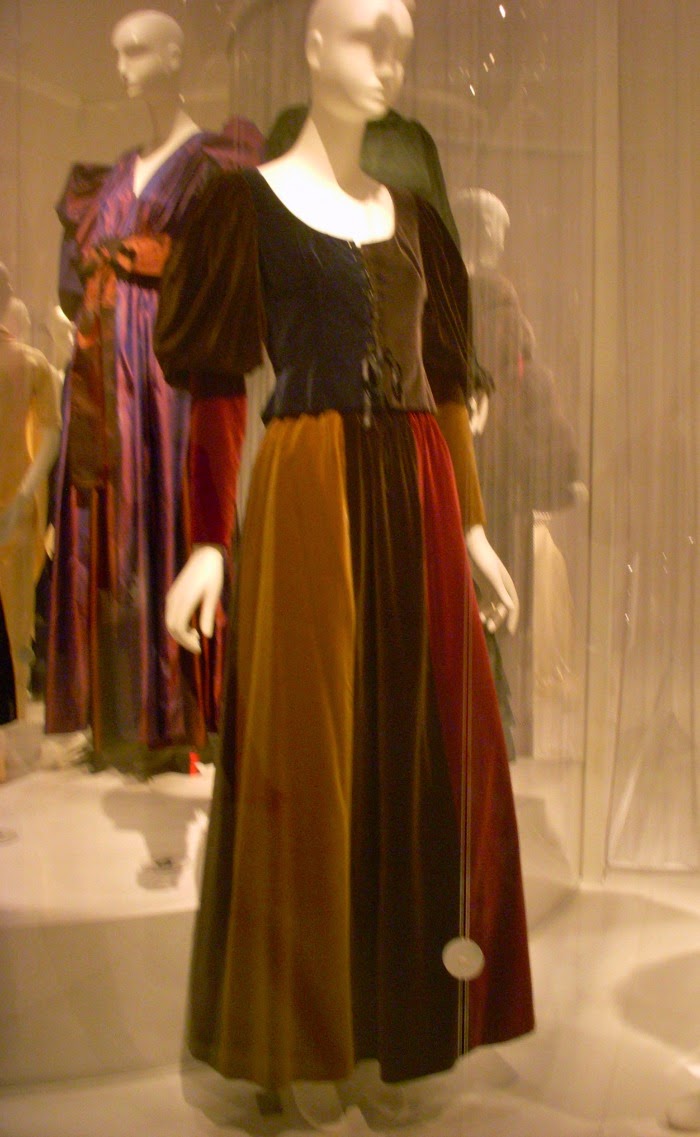 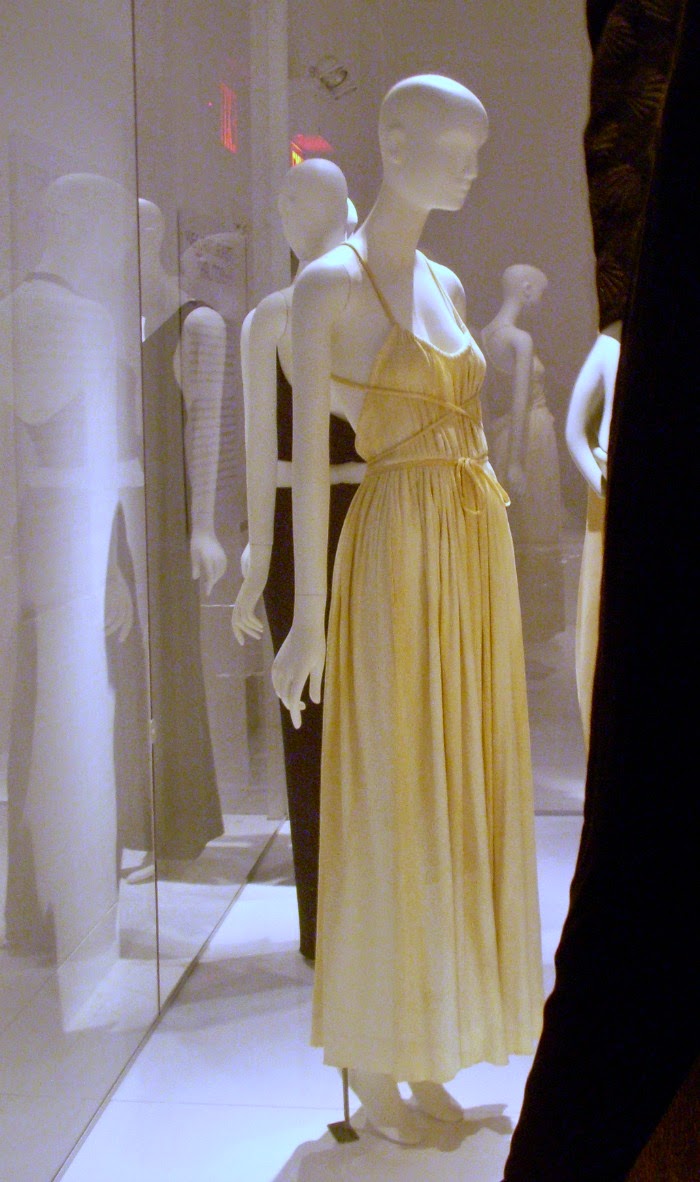 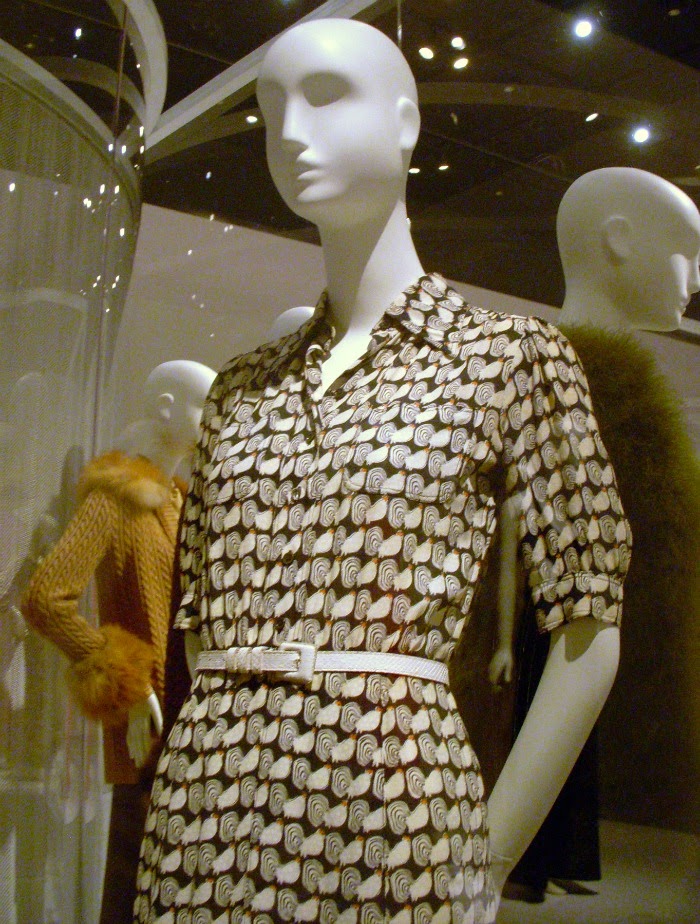 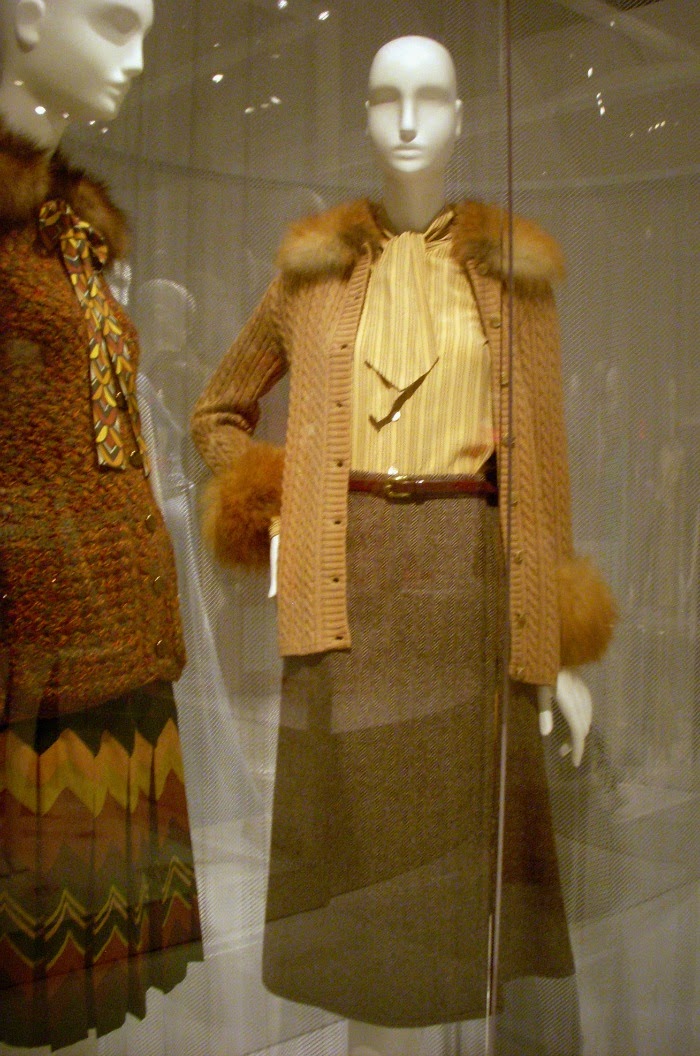 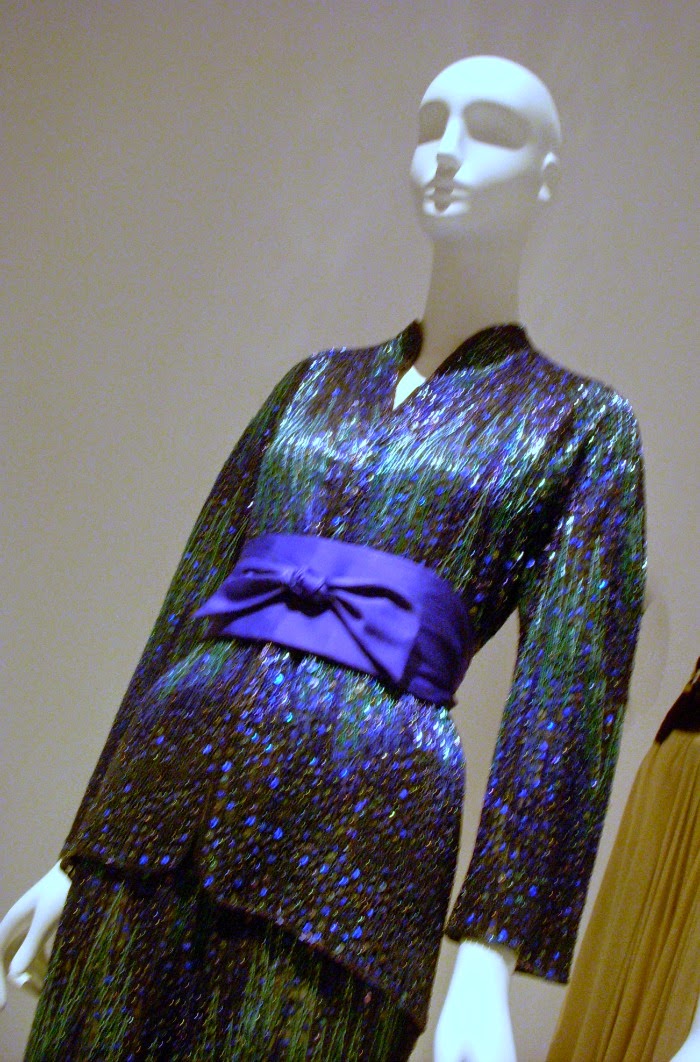 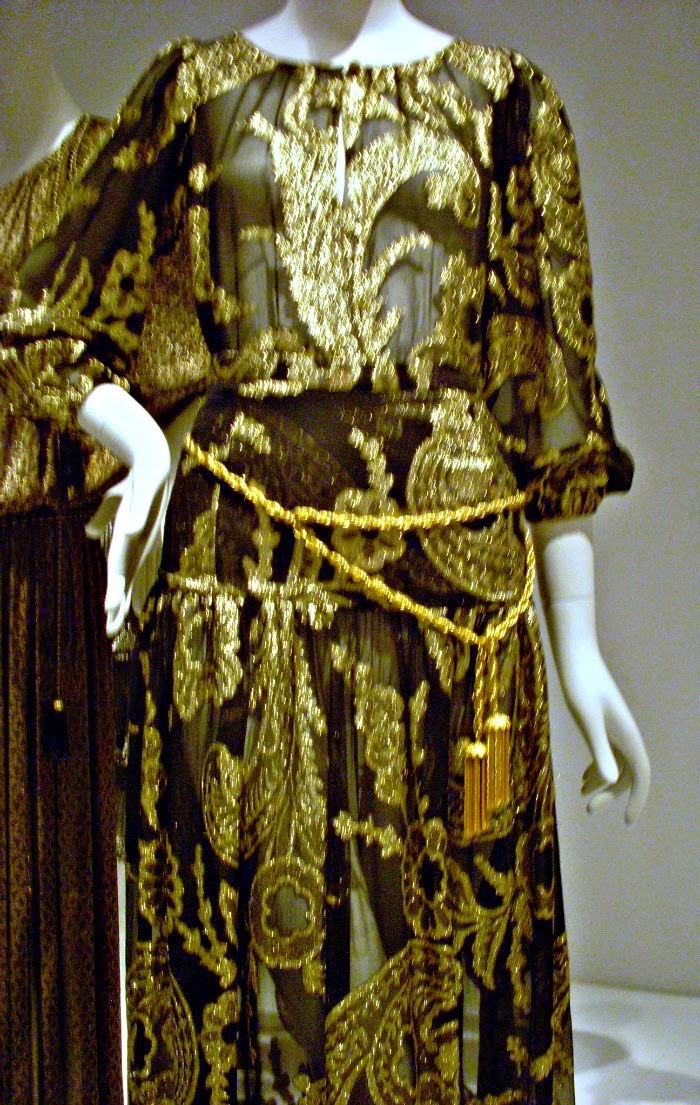 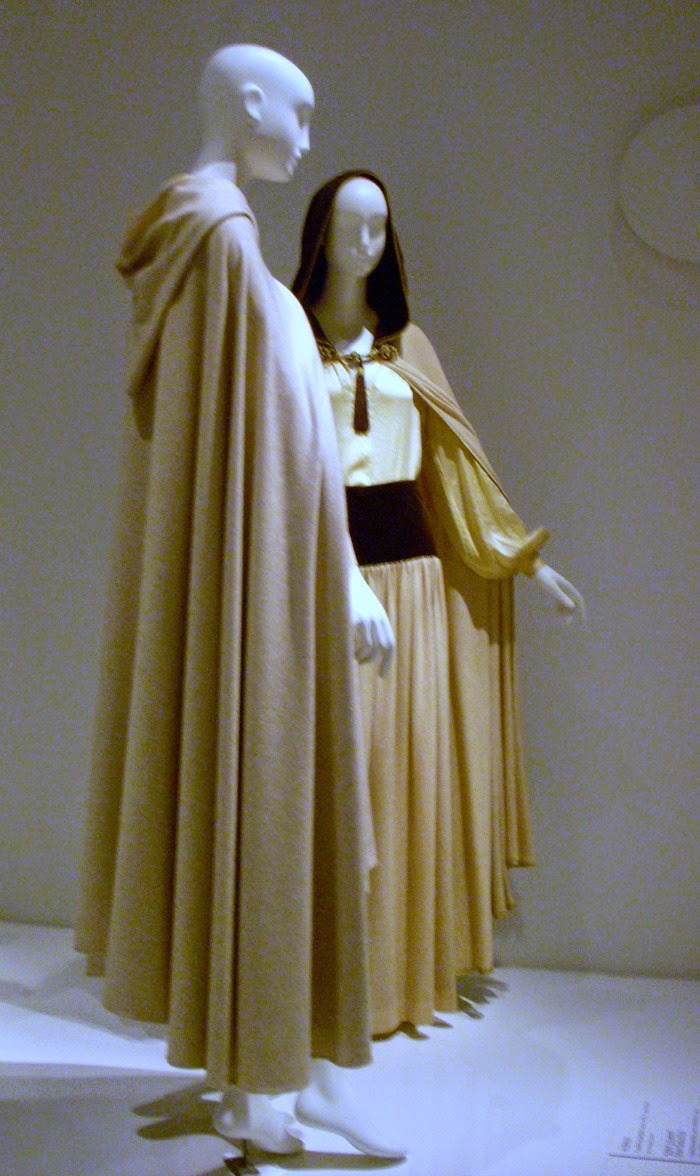 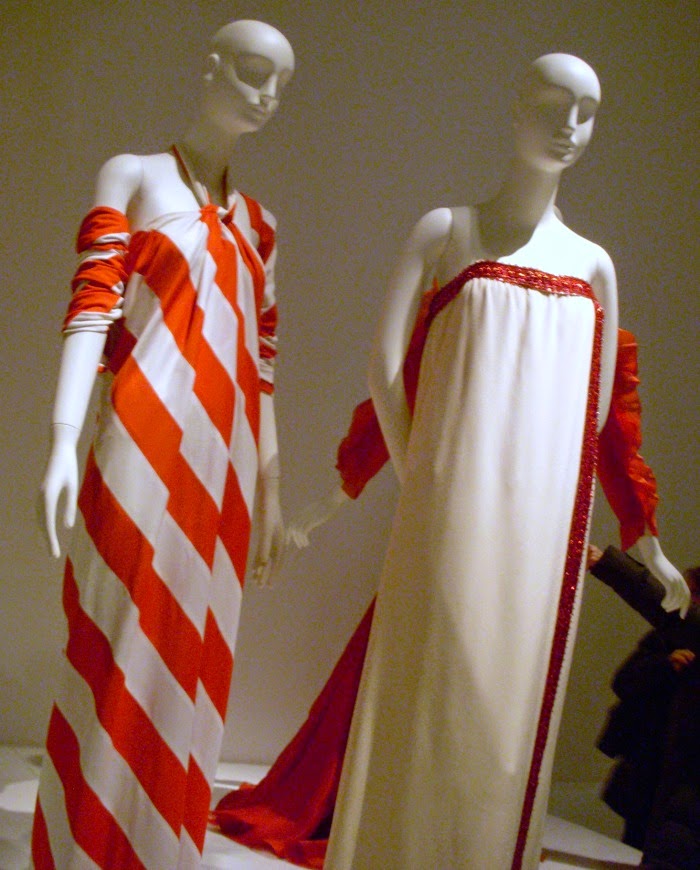 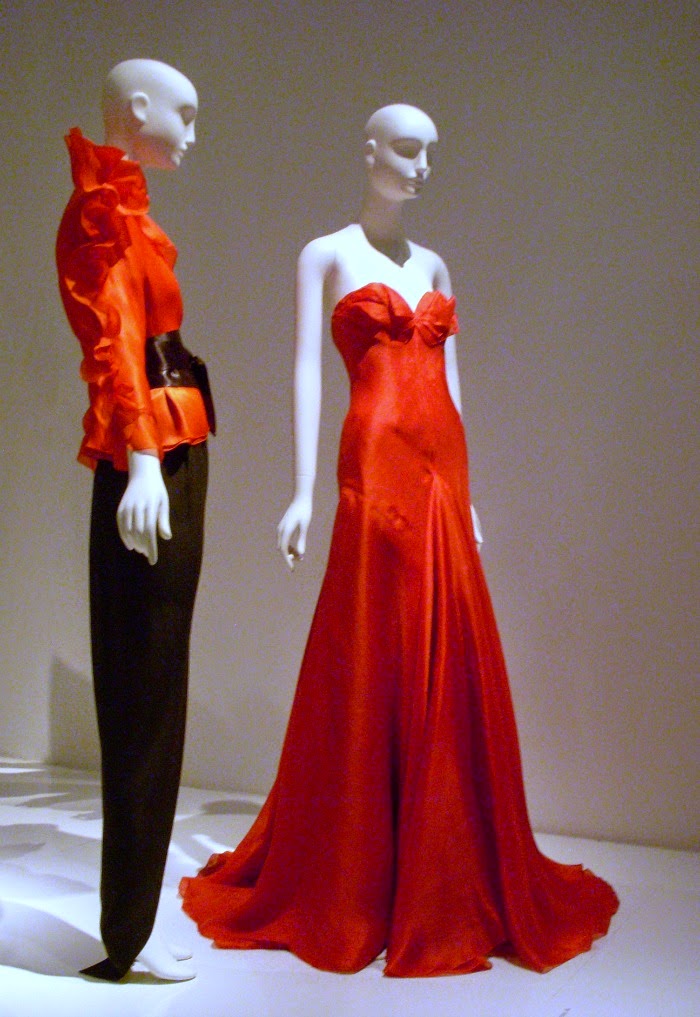 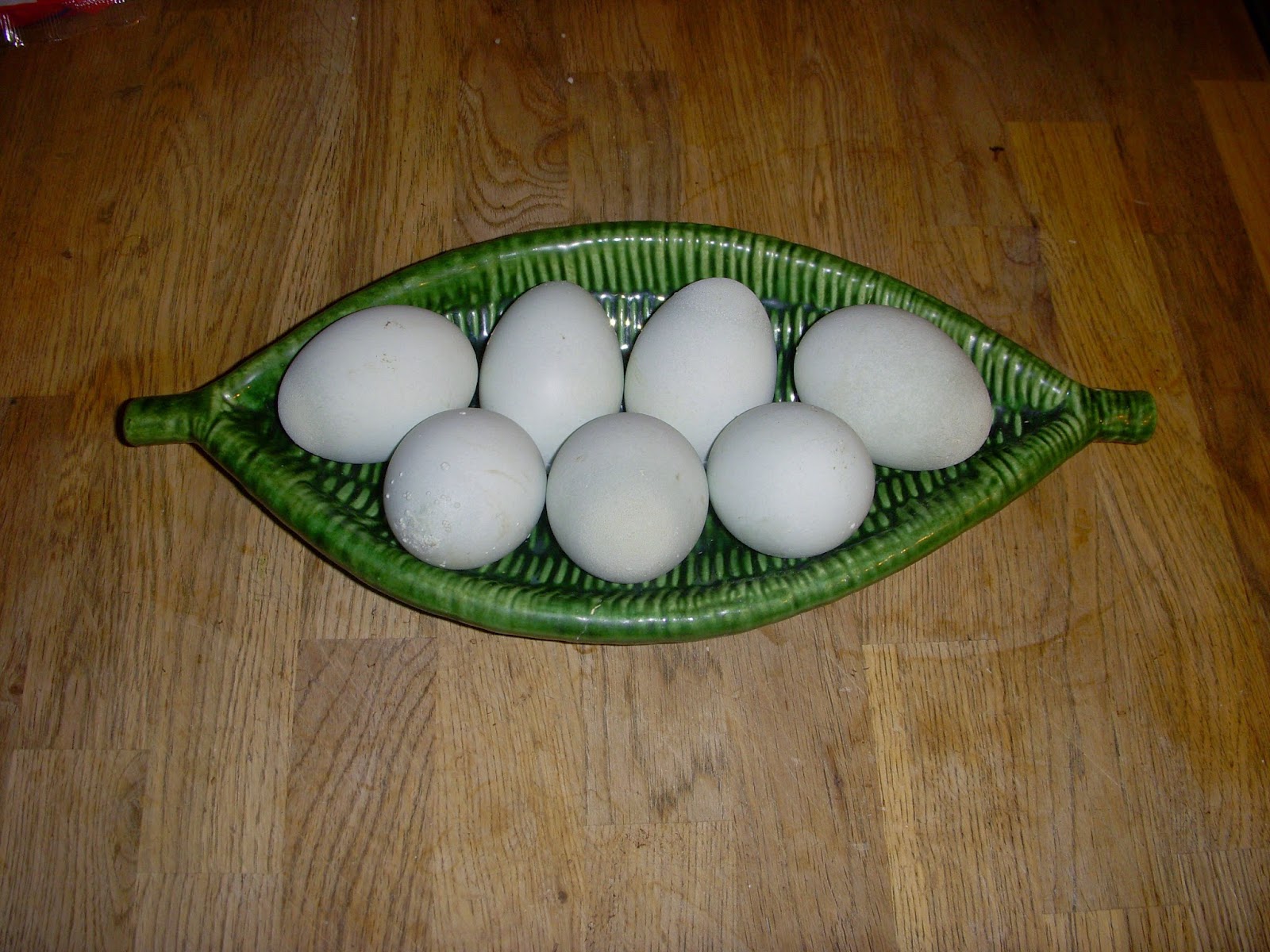 Thankfully my hen lays blue eggs and I don't have to do anything else.

Took a break from revisions to visit the inlaws today.  Ate too much, came home and did more revisions.

So much for thinking it was in a good state; all it took was the threat of someone else doing this work and it's amazing how many different ways I've found to tighten up my prose.

For sewing friends: it's like I made nice jacket.  Nice, but a bit boxy.  Maybe a little off in the shoulders when you look closely.  A smidge too long in the sleeves.  Something not quite right about the lining.

When I'm done, it will have princess seams and fit like a dream. 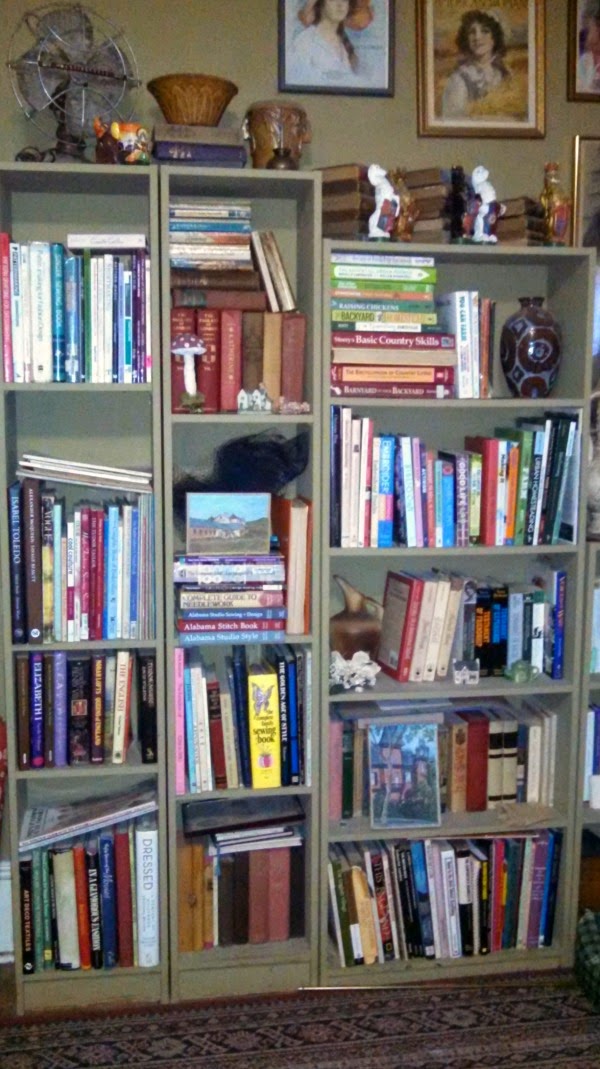