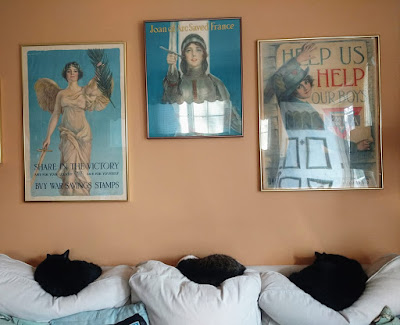 What time is it?

It's strange, they never slept there together when Katie was alive. The one change in behavior I'm seeing is that everyone is getting along.

Also, when we leave in the morning, I haven't had to use my usual farewell -- "We'll be back. Don't break anything, don't set anything on fire."

These three don't look like they have the combined motivation to do any of that.

#WritingCommnunity, our 2019 calendar is now full! Welcome to @karen_heenan as our newest member of the A4A family! pic.twitter.com/p1721k7efq
— Authors 4 Authors Publishing (@A4APublishing) February 16, 2019


Not sure what else there is to say here. I wish I had video of the happy dance I've been doing around my living room ever since I got the official news. 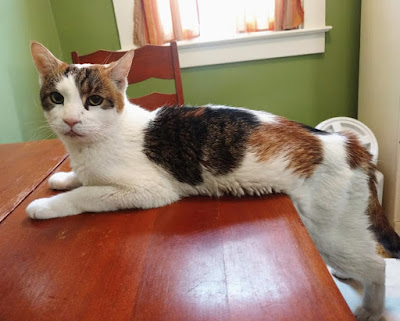 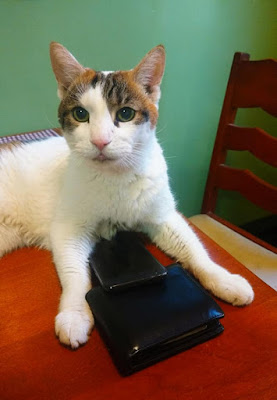 Somehow or other, Thursday was my 55th birthday. I have no idea how that happened. I think that every year, but 55? Really? That puts me in a whole new age category, the dreaded "55 and up."

There is some news, though. Nothing definite yet, but an offer of a publishing contract from a small publishing co-op. It's worth thinking about. Even if I had literary agents clamoring for my book, and even if they sold it right out of the gate (which wouldn't be likely), it wouldn't be published for at least a year.

I'm thinking it over, and a lawyer friend is reviewing the contract. I'll know more soon.
Posted by Karen at 10:30 PM 5 comments: