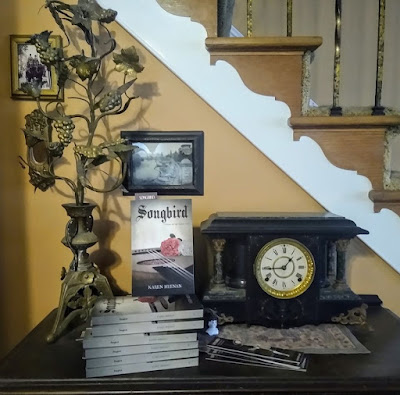 Since Covid-19 has canceled all live events for the foreseeable future, I have a few paperback copies of Songbird left on my shelf, reminding me of that fact.

If you don't yet have a copy, and would like to give it a try or maybe buy one as a gift, I'm offering them at $13.99 (below Amazon price), which includes a handwritten dedication, a cool Henry VIII bookmark, and US shipping.

Leave a comment here, or email me at karen @ karenheenan . com, and I'll send a PayPal or Venmo invoice.
Posted by Karen at 5:25 PM 2 comments: 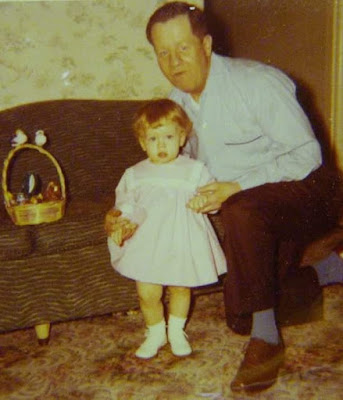 I still make his fudge when I'm stressed, though I don't always wait for the middle of the night.
Posted by Karen at 12:00 PM 3 comments:

I wrote about the Field of Cloth of Gold, as it came to be known, in Songbird, but it crops up again in A Wider World, because the (different) main character experiences some of the same events.


Below is an excerpt from my next book, A Wider World:


***
As the king aged, so the court grew in importance. Looking back, we were a backwater country compared to the rest of Europe, but we knew it not—and if anyone did, they wisely did not speak of it.

In 1520, the cardinal arranged for a meeting to take place between King Henry and the French king. It was as much spectacle as summit, and certainly every noble with a guinea in his pocket to outfit his household was there, along with all the royal musicians and choristers, and enough servants to keep the whole production running smoothly.

It was my first time aboard ship, and while the majority of the choristers hung over the rail or confined themselves below, I stealthily climbed to the crow’s nest to catch my first glimpse of France as we crossed the narrow sea.

Calais looked no different than England, but it was. It was France. Another country. Where other languages were spoken and unfamiliar customs were the norm. It was like being handed an enormous, breathing book, and told I had just over two weeks to learn it all. I determined to try.

Robin is young, but ambitious, and knows that his life will not always be that of a king's chorister - and it is not. Soon he grows up, attends Oxford, and crosses the narrow sea (the English Channel) again, on business not having to do with the King of England. 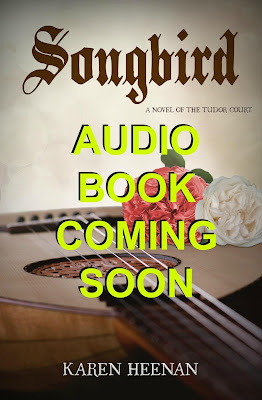 Once the audiobook is done, given a final polishing by my publisher, and uploaded to Amazon and all the other usual venues, I'll have one or two copies to give away. Keep an eye out for that, sometime in the not too distant future.
Posted by Karen at 4:08 PM 3 comments: