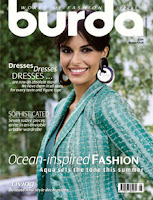 After my recent post about suffering from BWOF withdrawal, I was lucky enough to pick up April and May 2006 BWOF from a classified on Patternreview, and they arrived today! Already the magazines are covered in post-it notes, and I'm feeling happier. 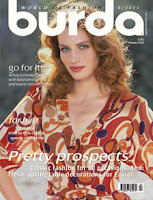 What kills me, of course, is that I had May 2006 at one point, and got rid of it because there wasn't anything I wanted to make in that issue. (What can I say; it was early on for me and BWOF, and I was looking for special clothes, not realizing that even the "basics" were special.)
I still want September 2007 like I can't believe - yet another rendition of the sheath dress today, taunting me - but I'll get it eventually, when the rush is over.
Posted by Karen at 9:49 PM