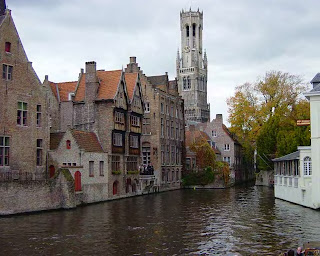 So much for sewing book reviews, or anything else. Everything has gotten sucked into the pre-vacation vortex.

The coat is relined, and I'm glad I could justify some sewing in the vacation madness. There would be a photo but the camera's on the charger, just in case I can't find the electrical adapter before we leave.

Once the laundry was done, I took some "me time" and headed off to the workroom with Lily in tow. She knows I'm going away; she's clinging tighter than usual.

What did we work on tonight, while someone else was supposed to be packing and instead was sleeping on the couch, snoring like something escaped from a zoo? (He's got a head cold, oh joy to travel with, oh joy to sleep in the general vicinity of, oh joy).

Welt pockets. After I mentioned my ongoing fear of welts earlier this month, and Carolyn took it up, asking sewists what techniques they feared, turns out I'm so not alone. Many, many of you fear the welt, and with justification. However . . .

I made one. And while it's not perfect, it's the closest I've come yet, and I can see light at the end of the tunnel. Best of all, I can see where I went not-quite-right, and it's fixable on the next one. It was mostly a supplies issue, which I have already rectified.

How did I do it, you ask? Well, in response to Carolyn's post, Ann of Gorgeous Fabrics re-posted a welt pocket tutorial of hers that had appeared in Threads - an issue I didn't have, or this whole welt pocket hyperventilation might have been a non-starter.

I can't get into the whole process now - and Ann says it so much better anyway, right here, that there's really no point. I'll post photos of my samples when I get home, but for the time being, get yourselves over to Ann's blog, read the tutorial, and practice, practice, practice!

With the right instructions, all things are possible.
Posted by Karen at 8:02 AM

So I don't want to comment on the whole do you welt pocket or not...I just want to wish you bon voyage! Rest, have fun and enjoy your vacation!