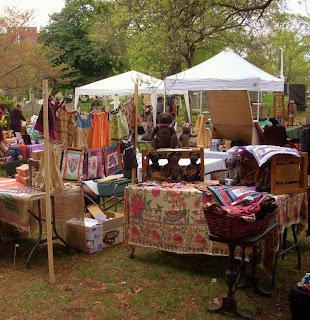 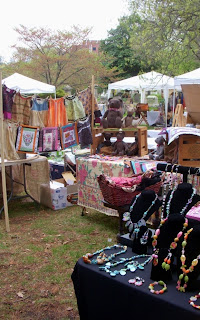 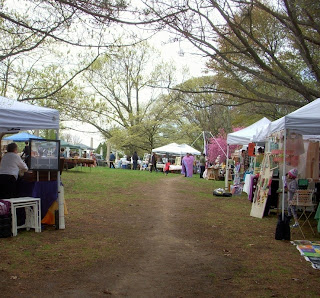 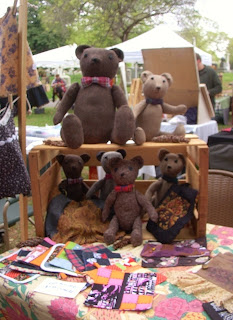 My daughter attended yesterday and had a fabulous time. So glad it was a success for you.

This is fantastic news! Keep it up!!!

I can see why everyone loves the bears. Maybe you could branch out into penguins?

I probably have some tweed fabric in <1 yd pieces taking up space in my sewing room. Would you like them?

Love the bears. How about ponies or bunnies? When I made ponies and bunnies they just got snapped up like hotcakes. I had made little saddle blankets and leatherish bridles and people loved them. The bunnies were made out of pseudo suede. The ponies were made out of brushed twill. Tweed would work great.

Congratulations! I'm rooting for you.

Your setup looks really appealing. Sounds like it was a successful day.

Bravo on a successful marketing and sales day. It was cool weather so it's nice that plenty of people made it worthwhile.

My new pillow is stuffed and living in my guestroom/office. Maybe I'll buy its companion at 30th St.!

Congratulations to all of you. Great job!

Yay! Glad it went well--each market is a learning experience.

Where is Woodland Cemetery? I am 20 miles due north of Phila.