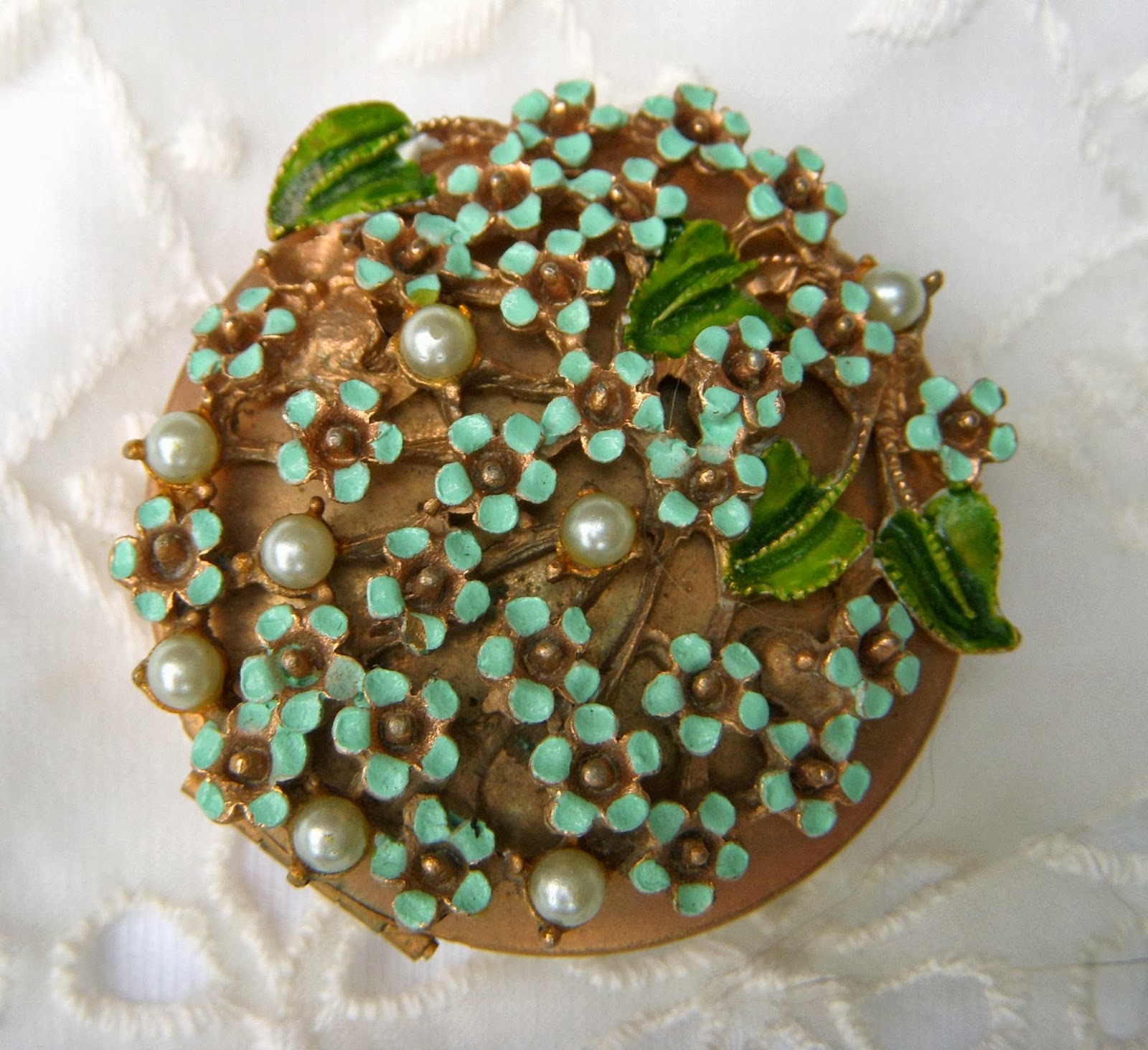 Most of you probably know that in addition to my handmade shop on Etsy, I also have a vintage shop.

Being the last in a line of long-lived, packratty women has an upside and a downside.  The upside is I got a lot of good stuff; the downside is I got too much of it.  I can't believe I said that, but some time in the last few years, the amount of stuff that's arrived in my house has started to weigh me down, and I realized I wasn't actually getting much pleasure out of owning it.  There was so much, I couldn't actually differentiate between what I loved (and would use, if I could find it) and what was just there because it was theirs, and too good to throw away. 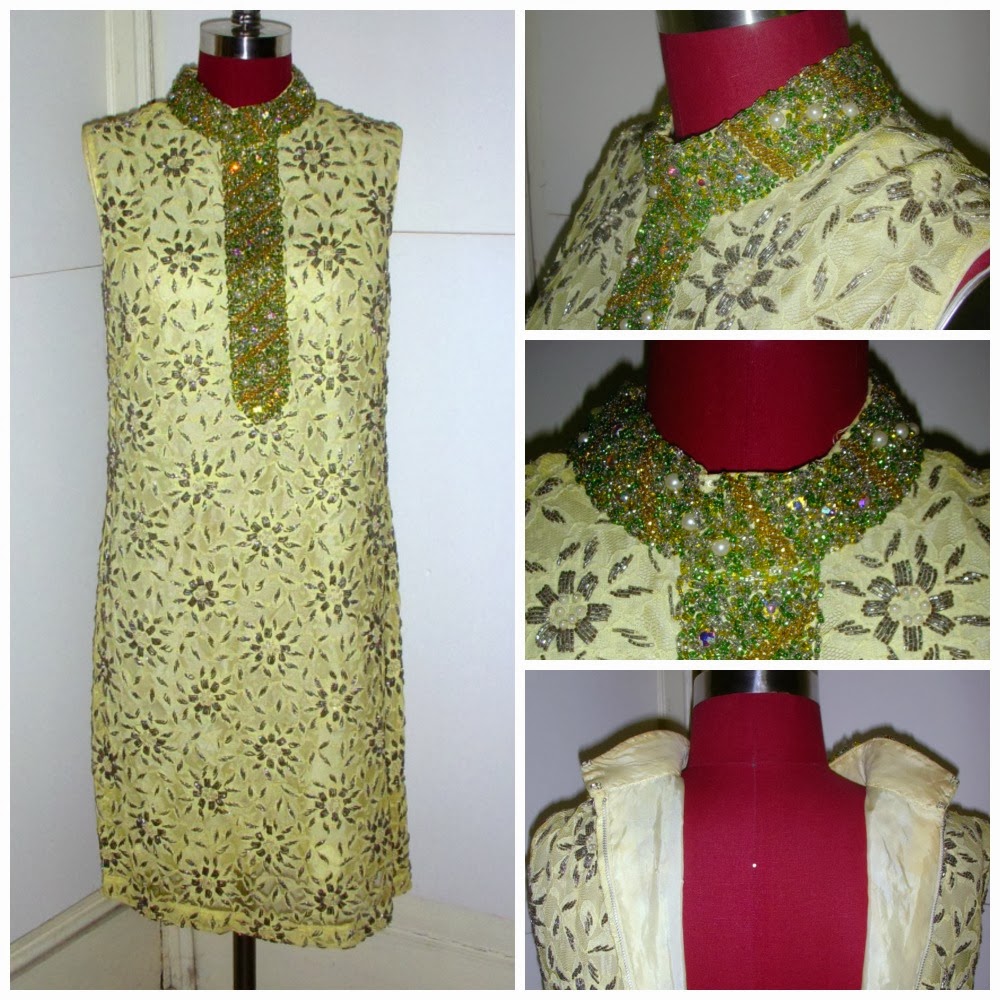 And that's why they had so much of it - it was too good to throw away, and far, far too good to ever actually use.

The vintage shop came about because of this.  It adds an inconsistent cash flow to my already inconsistent budget, but it's not so much about that as finding new homes for all these objects - clothes, jewelry, far too many hats, gloves, shoes, knickknacks (good god, the knickknacks these women had!) and so much more.

I also bought my house with an attic that had never been cleaned out by the prior owner, a situation I'm only slowly remedying.  When I made an offer on the house, she offered then to have it emptied for me, but I'm no fool.  I knew that stuff would either go into a dumpster or into someone else's home, so I said I'd deal with it.  It's one more thing I'm doing with myself while I'm not "officially" working. 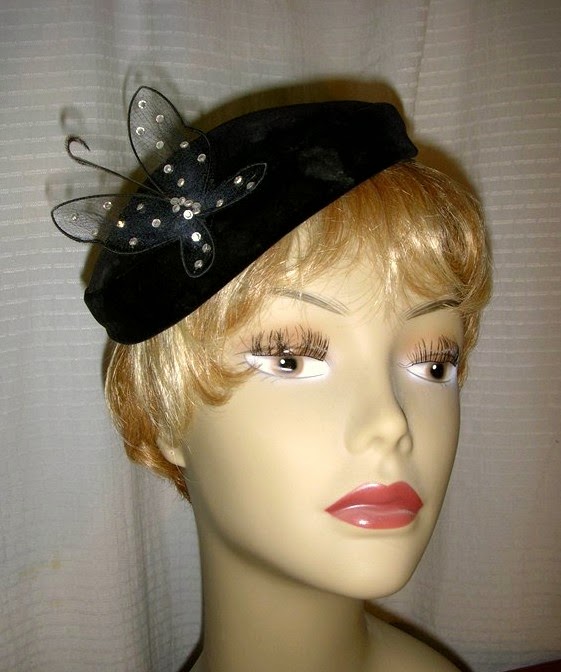 The other thing I love about vintage is the same thing I love about good handmade - you can see the care and the skill that went into the making of these old pieces.  I've made patterns from vintage garments before I've sold them along (they weren't my size, but the patterns can be graded to fit me at some point when I get around to it), and the construction is beyond anything I've learned.  The same with the jewelry - good vintage rhinestones are far nicer than anything that's made today.

I leave you with pictures of a few of my favorites here just as illustration.  Some of these have been sold, and some are still in the shop, but all are beautiful, well made and worth passing on to someone who will care for them.

Is the bead work on the green dress sewn directly to the dress or was it worked on something then attached to the dress? Or is it completely separate all together and just lays nicely on it? That looks like it was a lot of work for someone.

That purple brooch is stunning! I can totally understand how special it must be to go through these vintage pieces.

I used to live in Univ City/West Philly. I read the posts about your kitty Lily. I also have an older cat, Harmon who is 14 yr old. You used the phrase "Lily eats like a fullback but looks like a pile of twig [or something like that. My cat is just like that. Last year I had a vet check her, do blood work. She was just on the edge for thyroid issue. She had me get a gel to put on her ear - from a compounding pharmacy [for life] but my cat would not go along with this method - and got frantic about it. Long story - but I went to energy worker [who works on me and on animals] and through homeopathic meds we resolved her issue which was not her thyroid. She still is thin -- but she always was a long and lean cat her entire life.

My question [forgive this long-winded message] is what vet do you use in West Philly [after going to Penn vet] because you mention a tiny pill that you will put in Lily's food.

If I need to pill her - that would sound easy to me - but the ear gel medication was a disaster. It was also expensive.

Thanks for any info on vet in West Philly.