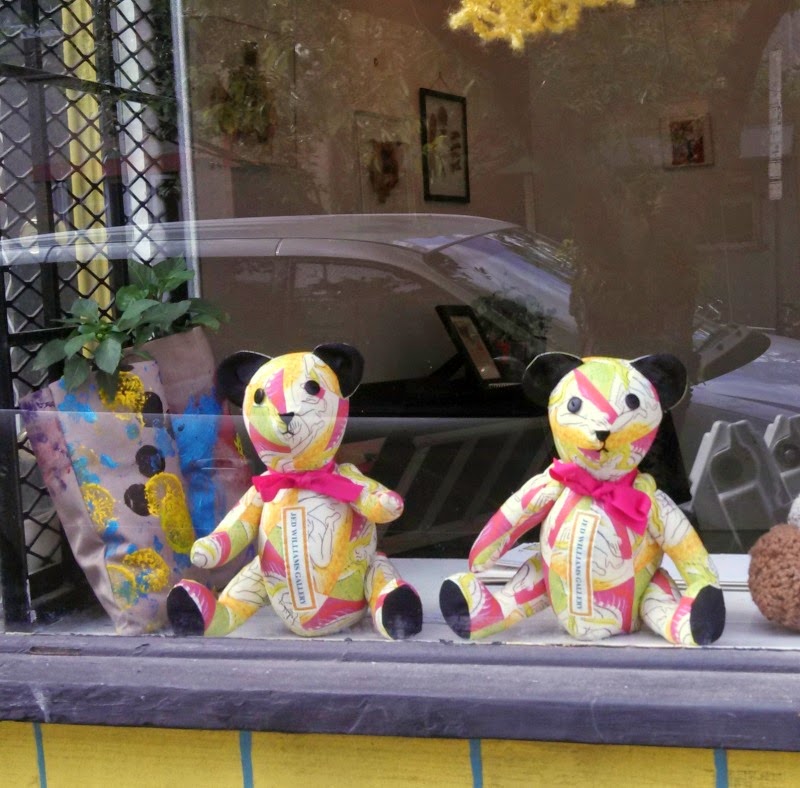 More often than not, the internet is a wonderful thing.

It's given me friends I would have never found otherwise; it's helped me plant, harvest, cook and preserve; it's taught me new sewing techniques (and more than a few old ones); it's been a big help in trying to build my business.

A month or so ago, I met Jed Williams.  He's an artist who owns a small gallery at 615 Bainbridge Street in Philadelphia (conveniently located not too far from the 4th Street fabric stores).  He was looking for someone to make a few bears for him out of some Spoonflower fabric that had been custom-printed with one of his paintings.

I used my standard bear pattern, but the bears look different because one of them was cut pretty straightforward, with the tile print running straight up and down, while the other was cut on the bias.  I like both of them; I think they look pretty different.  The black accent fabric really jazzes up the print, and the pink bow just makes me smile.

If the photo isn't clear, the writing on the bear's chest is the Jed Williams Gallery logo. A nice finishing touch.

There's some fabric left over from the initial order.  I think it's going to be a few small zip pouches and a gallery-themed tote bag.

Your little bears are so special. Congratulations!