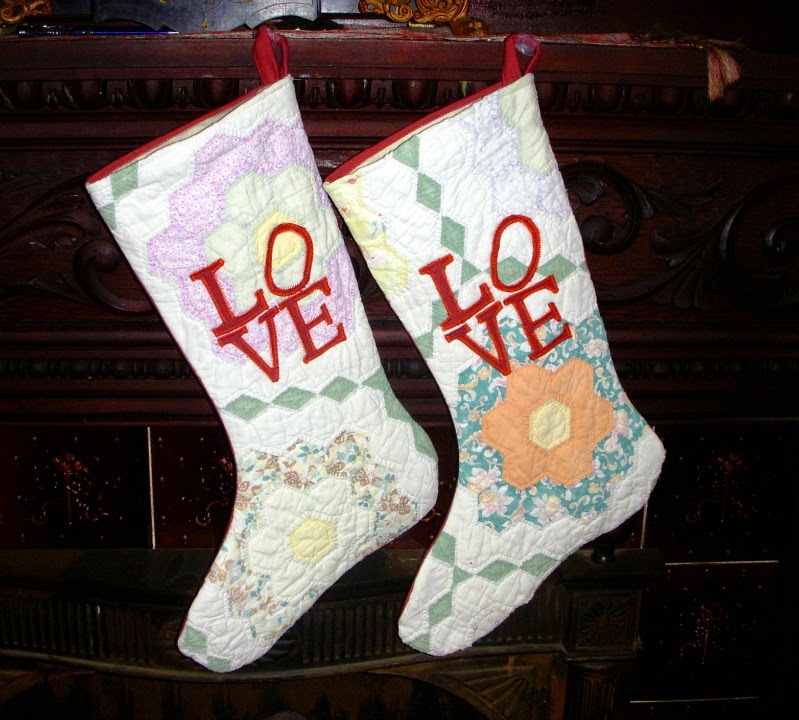 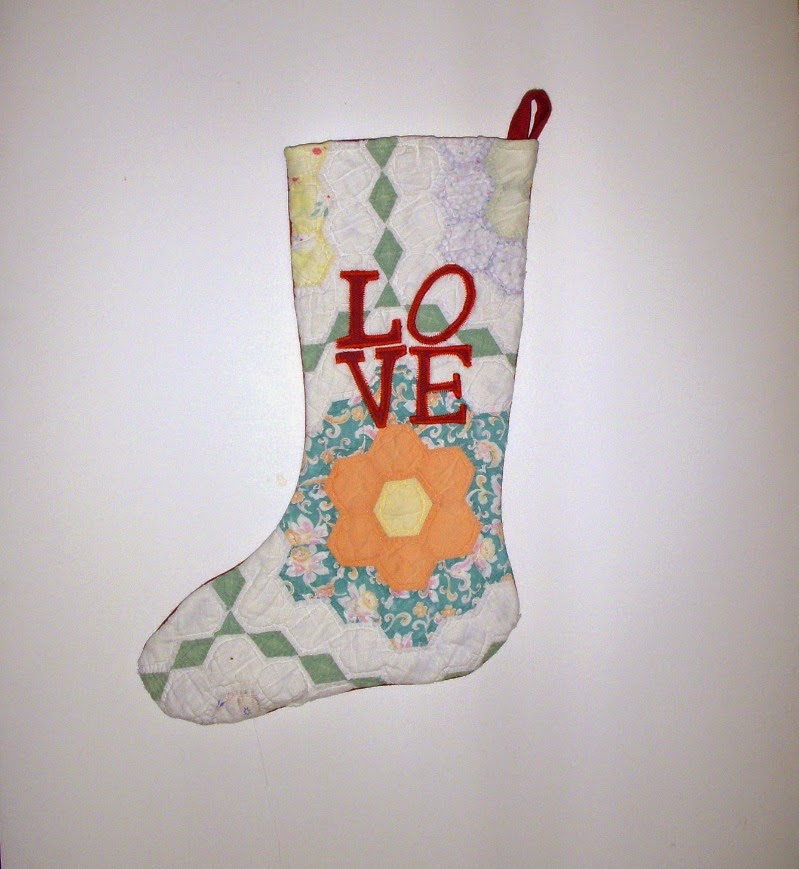 Originally I was going to do L, V and E in red, and use random fabrics for the O (making it look like a Christmas ornament), but that turned into way too much trouble so thankfully there was enough red denim left to cut out the O. (But nowhere near enough to make those red jeans someone wanted after seeing them on our last two European vacations. Oops. Bad wife).
Posted by Karen at 12:21 AM