That's what I'm working toward 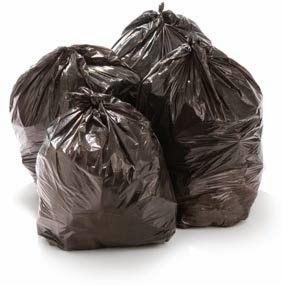 I know I've mentioned that I’m trying to clean out the house of all the family and previous-owner related stuff, and also a lot of what I've accumulated over my 15 years in this too-large pile of bricks. I have vague yearnings toward a smaller house with more ground attached, and even if that doesn't come to pass (as it well might not, reality and jobs and things being what they are), I'm still moving forward as if moving were in our future, just to give us a little more space in the space that we have.

Whatever you want to call it – decluttering, destashing, minimizing, downsizing, decrapifying – it's all really hard.

And it shouldn't be this hard. Why are we so attached to our stuff? And so much of it? I can see my attachment to certain things that have sentimental value, or that I've made, or that were given to me by someone I care about, but some of it . . . why was it so hard to clean out the junk drawer in the kitchen? Why did I get sweaty palms thinking that someday, I might need that pack of thumbtacks, that box of toothpicks (both never opened), that extra, extra, extra Phillips head screwdriver (in spite of having 2 full tool boxes already)?  If I throw it out, and I need it, I probably will still have one, and if not, I’ll find something else that will do.

In the last couple of months, I've taken about 10 shopping carts worth of crap to the thrift store, including a small, square black-and-white TV. Really? Why was that still deep in a closet? It worked, but who cares if it does? I don’t replace technology just because it gets a little outdated, but a black-and-white TV with tubes – even I have to draw the line there.

The closet's going to be the hardest part yet. Almost everything left in it is something I've made, and even if it doesn't fit, or it’s not flattering on me, I remember how much work went into it, or how much the fabric cost, or where I was when I bought it.

But I think I'll feel better once I do it. Every time I take another load out of the house, I feel like I've lost weight, and I have, even if it's just off the joists and in my head. Sometimes I think less can be more.

And that’s what I’m working toward.
Posted by Karen at 7:54 PM

> Every time I take another load out of the house, I feel like I've lost weight,

Yup, I've been on a stuff diet for years, but it's still hard going. I find it very hard to part with stuff I've made or picked up on travels.
http://badmomgoodmom.blogspot.com/search/label/Stuff%20Diet

It is hard. I'm not sure why stuff should hold such sway over us.

If that thing isn't the heart and soul of that memory then I can let it go.

I kept a set of bowls belonging to my brother and a pen belonging to my mother because they evoked the strongest emotions for me. Small things but they were those representative pieces for me.

It sounds like you're well on your way. Hang in there.

Nothing new and wonderful can come into our lives as long as we hold on to what we don't need. Great things are coming your way!

Space and peace in your home is an important thing also. I have been able to donate a lot of my handmade things I wasn't wearing. Sometimes I remake them into cushions, bags etc. It can be quite a long slog, so I just keep working away at it and I think it is getting easier.
Clothing wise I split mine by seasons and try to wear everything for the current season. If I keep skipping over it, it gets donated.

I try to make my home an "oasis from work". It's not always successful with two cats, a husband and a son running loose. I hold a purge about once a year but still keep the important to us stuff. I always feel so much lighter afterwards. Good luck with your purge--you're getting there.

I totally understand - I am in the process of baby step decluttering ten years worth and four kids worth.