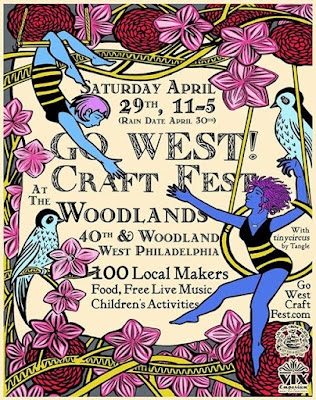 It's the opening weekend of show season.

It starts Saturday, and it just keeps rolling.

Saturday, 4/29, I'm at The Woodlands (Cemetery) at 40th & Woodland from 11:00 a.m. to 5:00 p.m.  This is always one of my favorite spring events -- I love Woodland Cemetery anyway, and walk there all the time, but it's a wonderful contrast, the serene graveyard and then the near-circus (literally) that's going on in front.

It's a good time.

On Sunday, I'm trying a new event called Flavors on the Avenue, also from 11:00 a.m. - 5:00 p.m.  This event has existed previously, but prior to this year it was simply a restaurant festival in South Philly.  This year they decided to add vendors to turn it into a proper street festival, so I hopped on board. 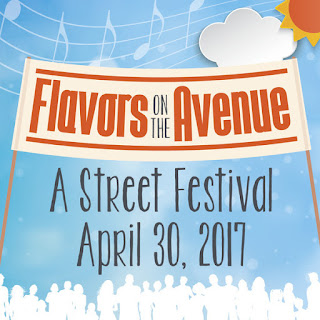 I do two shows a year on Passyunk Avenue -- Bang Boom Craft, which is combined with a vintage car show and occurs at the end of July, and the annual Halloween show.  Both are good days, and the organizer of those events is the one who pulled the vendors together for Flavors.

Let's see: nice weather, lots of food, alcohol being served on the street . . . and shopping?  I'm always in favor of events that allow alcohol; it either lowers the shopping inhibition or it gives the spouses something to do while the other half shops.

I have a seriously large quantity of stuff made, so here's hoping I come home with a lot less of it.
Posted by Karen at 11:39 AM

Good luck. your pieces are amazing so hopefully people will notice that and buy them!

I hope you have a spectacular day!