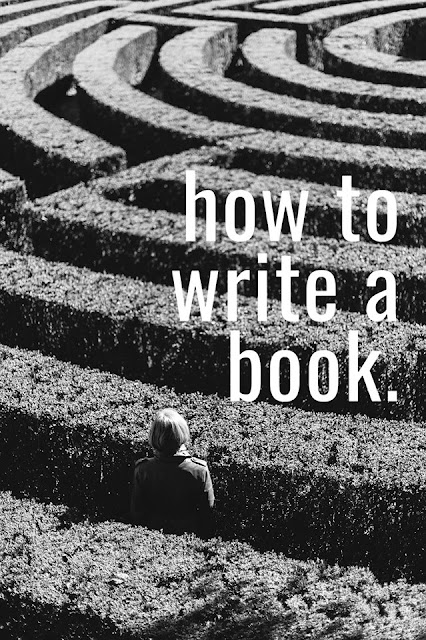 I don't really believe in writer's block. I mean, it happens, those awful times when the words in my head won't come out my fingers and onto the page, but the way I've always dealt with it is to just write anything.

It may not be what I want; it may make no sense in the end; but I can edit words. I can't fix a blank page.

I've just encountered one of those write anything sections in my Great Depression book. I finished the first draft at the end of June, and after taking a few weeks off to let it sit, I started in on revisions. So far, so good, until the 75% mark, where I apparently left myself such a shit storm of "fix it later" that I'm going to have to take another week to figure out how to fix it.

As far as the graphic goes, this really is what it feels like sometimes. The idea is so clear, but the distance from the idea to the finished story is a maze not of my own design.
Posted by Karen at 4:20 PM