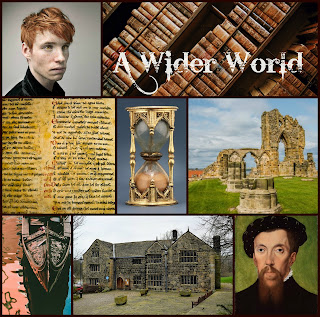 I should have posted this sooner, but I've been taking a little down time and recovering. I finished the first draft of my second Tudor novel on January 31. That was my goal, and I did it.

A first draft is a rough creature. In the sewing realm, where I still meet a lot of my readers, it would be a jacket with three sleeves or a skirt with a zipper at the top and the bottom. It might be the wrong
fabric for the intended purpose. Or the right fabric, but the wrong garment.

As with all completed projects, written or sewn, it's going into the magic closet for a month to rest. I'll be able to see it a lot more clearly after that. At this point, I'm not even dipping back into the document to look for the highlighted portions, which are things that need to be researched for the second draft. I'll get there. But this was a longer book than I thought it was going to be, not so much in words but in span of time, and there are still incidents during the period that need to be researched so I don't don't sound like I'm talking out of my butt.

That's both the joy and sorrow of historical fiction. You have to be accurate, and when you can't be accurate, you have to at least be plausible. You can't come up with something that will jar readers out of the story, make them cock their heads and go, "Huh?" At the moment, I fear that would be the reaction in at least several crucial places. So Robin Lewis, and the dissolution of the monasteries, and Thomas Cromwell and all sorts of other fun, are sleeping it off in the magic closet.

I'll let you know when they emerge. In the meantime, I'm thinking of new projects...
Posted by Karen at 11:56 AM