I did a thing! 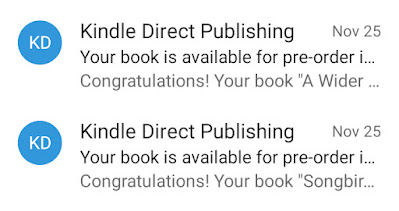 I've been obsessing lately with tweaking my book covers, gathering a few more reviews for the back cover, rewriting the blurbs (again) and almost anything except actually getting the damn books online so they can be purchased.

I have a love/hate relationship with technology. But it's not actually hate, it's just a bone-deep distrust and discomfort. It's never as bad as I think it's going to be.

And on Thanksgiving, when we were at home (Mario's mom is in a nursing home and not allowed visitors, so we decided to keep it small), I sat down at the computer and decided, "This is it. I'm not getting up again until I figure this out."

Of course, once I did that, it wasn't that bad. My books are "wide," which means they're sold everywhere, not just on Amazon, so they have to be uploaded in more than one place to reach all those sites. I uploaded individually to Amazon (not as complicated as I feared, other than figuring out pricing in all their territories), then to Kobo (big in Canada, and has an enormous reach in other countries), and Draft2Digital, which both formatted my ebooks (free) and then, as an aggregator, will put them up for sale in whatever places are not reached by Amazon and Kobo and will skim a percentage off whatever royalties I make for the privilege. (It's worth it - those royalties will be the smallest, and it's a matter of time vs. money; I was willing to upload and do tech three times, but more than that starts eating into writing and other admin time).

So, the big news. The books are up for pre-order and will be fully available again on December 3, 2021. And I am excited. I was excited to be a published author after decades of thinking about it, and so having my books disappear, no matter that it was for a short time and at my request, was unnerving.

Lady, in Waiting just needs final corrections (I formatted her and did a read-through on my Kindle, which always finds things that I can't see on a computer screen) and then it will go on pre-order sometime in January, for publication on Valentine's Day, 2022. An appropriate day for my dysfunctional married couple.

ISBNs, or how to commit highway robbery 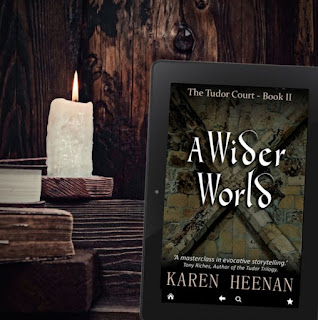 We've all heard of ISBNs, right? It's an abbreviation for International Standard Book Number, and a published book has to have one. Actually, it has to have one for every format, so ebook, paperback, hardback, audio...each one needs its own number.

If you publish through Amazon exclusively, they'll give you a number of their own. But it's theirs, not yours, and you can't sell on any other platform with that number.

Most aggregators (companies who help with formatting and distributing your book to sales platforms) can assign an ISBN as part of their fee, and while technically you've paid for it, I don't like the idea of tying my work to a number purchased by someone else. Companies can go under, and it's a worry that's not worth adding to the pile of my day-to-day worries.

Every country has its own rules and pricing as far as ISBNS are concerned. In Canada, for instance, ISBNs are free. In the good old USA, not so much.

One ISBN is $125. Being that they're only available from one place, there's no competition in pricing.

Ten ISBNs, however, are $295. So an abrupt drop from $125 per to $29.50 per. The problem quickly becomes Songbird/3 ISBNs, A Wider World/3 ISBNs, and Lady, in Waiting/3 ISBNs, and that ten is almost gone. What if I want to do a hardcover edition? Or a large print, which would be nice for library purchase? Or a box set?

Enter the jumbo pack - 100 ISBNs for $575. Or $5.70 per number. Can I tell you how much I hate having to overpurchase to get a deal? But if I didn't the hundred, I'd be paying even more for twenty, which makes absolutely no sense at all, except that the ISBN people make money hand over fist and we writers panic at the vast expanse of numbers ahead of us, wondering if we'll ever be able to use them all before we're too old to remember how to write.

And no, before you ask, they're not transferable. I checked. They can be purchased by a group of writers who hold themselves out as a publisher, but that means you have to share a press name (and potentially house style, and absolutely tax consequences) with other people, and I've just gotten everything back tog act independently, so that seems counter-intuitive.

A matter of style

Last week I began exploring different ways to self-publish my books. It's something I've been looking into for a while now, because I had always planned to self-publish my 1930s novel, but with the reversion of rights to my two Tudor novels, that day has come a bit sooner.

I started with ebook publishing, because there is less structure there, and different expectations. Everyone knows what a paper book is supposed to look like, and that is what I need to learn to format. But ebook publishing starts with learning how to properly format your Word or Google doc with headings and styles, because the programs that assist with ebook formatting take those styles into account and you don't have to do things like build tables of contents from scratch.

I'm using Draft2Digital for my ebook formatting, and for the bulk of my ebook distribution. D2D provides formatting services free of charge, and you can simply download your ebook (epub, mobi and PDF formats) without going any further with them, or you can continue on to their distribution channels. I'll go over distribution in a separate post, but for now I'll say that D2D will be doing distribution in specific areas only. They take a percentage of royalties for any sales made through their channels, but again, the formatting tools are completely free.

There are other ways to format, but I chose D2D because it was free, intuitive (and I'm not tech savvy) and there were a lot of built-in styles that I liked the look of (styles are things like drop caps, headers, scene separators, etc). You upload your finished manuscript and the program does its magic in formatting it, and then you can click on different style tabs to see what it would look like.

The illustrations here show the first page of Songbird in Maraschino and Royal styles. I'd originally selected Royal because I thought it suited the Tudor Court theme, but the ornamental scrolls of Maraschino grew on me. Also the scene separators in Maraschino were pretty scrolls and Royal's were a stylized medallion which didn't really fit with the crown (at least not to my eyes). Since you can't play mix-and-match with the styles, I chose the one that had more going for it.

Still to be tackled: print formatting. Next up, I'll explain the joy of ISBNs and why it would be helpful in this instance to be Canadian. 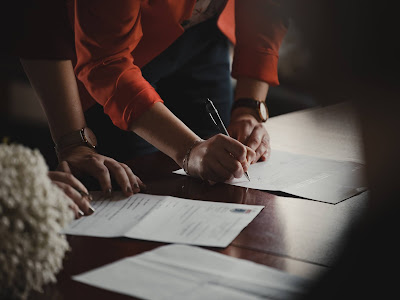 So I signed a contract the other day - a contract to terminate a contract.
As of October 28, 2021, the rights to Songbird and A Wider World belong to me.
Three years ago, when I signed with my small publisher, I was a different writer. I wasn't fully educated in the ways of self-publishing, and while I didn't want to go the traditional route of agent/publisher, I did have a need for outside validation. I guess it came from writing only for myself for so long - I needed someone to tell me it was good, and worth releasing into the world.
That has changed. My validation these days comes from within, and from the readers I am lucky to have found. What else has changed is my willingness to do all the work to publish my books myself, and control the way they are published, distributed, and marketed. It came on gradually - first, when I suggested changing the cover for Songbird (because most people saw it and thought 'historical romance,' when I think of it as ' historical with some romance,' the way most lives have some romance). I found a new cover designer, and commissioned the new cover. I also found the voice artist for the audiobook.
When it came time for A Wider World, I already knew where I would be interfering - cover and audio again, and this time I wrote my own book blurb (the description on the back or in the Amazon listing).
I submitted Lady, in Waiting, the third book in my Tudor Court series, and it was through the editing process in August, 2021, but wouldn't be published until April, 2022, because that's just how publishing works. There are other authors; there are scheduling concerns outside my control; there's a pandemic, which could throw that existing schedule off course at any time.
After much thought, I reached out to the publishers and asked if they would consider rights reversion. I have nothing against my publisher - they were very collaborative and overall it's been a very good experience - but my personality is much more inclined to be a one-woman band.
My chief reason, as I explained it to them, is that I'm 57. I got a late start as an author, and if I want to make any kind of second act career out of writing, I need to be able to do it on my own schedule, and not hold a book for 8 months because that's when it fits on someone else's schedule.
They agreed, and within a week everything was signed and my books are slowly being taken down from all the various platforms. Ebooks came down first, which means that's where I'll start in the self-publishing process. My goal is to have them re-published by December 1, so as to catch a few holiday buyers, and to release my new book in February. It's a book about marriage - how could I not schedule it to appear near Valentine's Day?
For those who are interested in the process of self-publishing, and how I'm going about it, I'll post the various steps as I go. If you're not interested in that, I'll still be talking about sewing and craft shows and writing generally, in between.
Posted by Karen at 2:14 PM 2 comments: