Happy birthday to me 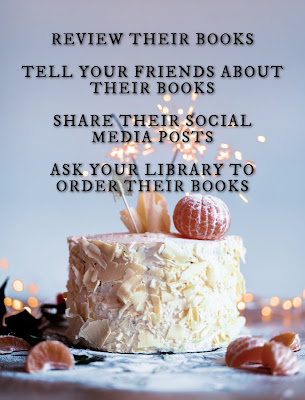 I'll let you in on a little secret. It's easy to give a gift to a writer.

You don't have to buy their books (although you could, and they would be endlessly grateful).

Here's what you can do to make a writer happy that won't cost you a dime:

If you've read one of their books, leave a review somewhere - Amazon, Goodreads, even just on your own social media.

Share the writer's social media posts. In a world full of books, word-of-mouth is still the best way for a reader to find their next read.

Libraries are how most writers learned to love books, and we don't mind library sales at all. Ask your local library to order your favorite format - most indie authors have books available in ebook and paper, and some have audiobooks as well (working on that - Songbird is done, A Wider World is in the works). The library buys the book, the writer earns royalties, and you - and other borrowers - get free books! 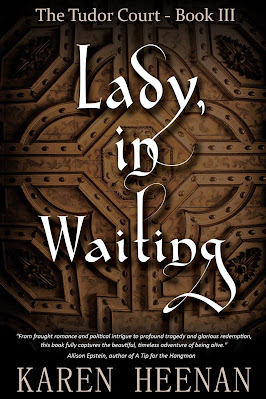 In anticipation of the upcoming release of Lady, in Waiting, I wanted to give you an unusual teaser - this is part of the chapter in A Wider World where Margaery Preston meets her prickly, difficult, but overall well-meaning husband. After spending almost 400 pages in Robin's head, it was difficult to render him in her point of view without making him look like a jerk (because some of his later behavior could definitely be interpreted that way). It's a long chapter, so I've inserted a jump after the first scene; you can read on, or not, as you choose.

I hope, of course, that you choose.

Robin Lewis, 50ish, solitary by nature, exiled from England. When in England, he lives in the Preston family house, Winterset.

Margaery Preston: 24, has spent the last 18 years in France with her family. Now she has only her grandmother (and a mother who wants to marry her off). She would like to go home, and being impulsive, seizes the opportunity.

Lady Margaret: Margaery's grandmother. She has raised Margaery almost from birth, and misses her English home.

For your reading pleasure, a portion of Chapter 68:

Our horses’ hooves struck sparks on the stone flags of the courtyard of the Preston house. Before my boots touched the ground, a child ran up and took the reins. Sebastian dismounted and followed as they were led toward the stable. The wide front door opened before I could knock. A liveried servant led me to a gracious chamber off the main hall. “M’lady will be right down.”

I waited, admiring the room’s appointments, which were luxurious without being lavish. Somehow, despite the difference in architecture and furnishings, it felt like Winterset. I wondered how it came about, the talent for making a home. I had made improvements to the house, but it was not this comfortable.

The door swung open, but instead of Lady Margaret, a young woman strode into the room. Taking no notice of me, she peeled off her gloves and flung them on the table.

She whirled. “Good afternoon, monsieur.” Her eyes narrowed. “I know you.”

“You do?” I remembered her: the small daughter of the slaughtered Preston son. “You were very young when we met.”

“You took our house.” Her eyes were her grandfather’s, sharp and canny; she’d grown into the nose at least. “I’m not likely to forget.”

I attempted a smile. “It was an arrangement with your grandfather to keep you all safe.”

Her mouth curved into a smile as sincere as mine had been charming. “If by safe you mean bored to death.”

“Good afternoon, Master Lewis.” Margaret Preston was in deep mourning, but her round face wore a genial expression. “How wonderful to see you again. Margaery, Master Lewis is our guest.”

Brows like slashes of ink rose to her hairline. “And has been these many years.”

“A moment, sir.” Lady Margaret marched her granddaughter from the chamber, and I listened to the rise and fall of their voices outside the door. She returned, her hands clasped at her breast. “My granddaughter is not much in society. Her manners are appalling.”

“I found her refreshing.”

“Like cold water to the face,” Lady Margaret said. “Please, come through to my parlor.” Another pleasing room, this one more feminine but with comfortable chairs and an inlaid table before the fire. Lady Margaret put aside an unfinished bit of embroidery so our refreshments could be set out. “Tell me, how is Winterset?”

“Well, when last I heard,” I said. “It’s under Fowler’s care at the moment, as I’ve been traveling. He reports to you?”

“Most regularly.” Lady Margaret sipped her wine. “But he doesn’t live there, and you do. I miss my house.”

After eighteen years, Winterset felt like my home. “I’ve been very comfortable there. I regret I’ve had to be away so much these last years.”

She gazed into her cup. “It’s time for us to return to England.”

“For me as well.” I explained the queen’s failing health, and her having—at last—made Princess Elizabeth her heir. “But if you plan to return, I’ll send word to Fowler to start packing my things.”

“Let us see how it goes,” she said. “We will not make a quick removal. Stay in the house for as long as you require. And until you are ready to take ship for England, you must be our guest.”

“It will only be a few days,” I said. “I have already arranged passage on the Unycorne, leaving from Honfleur on the sixth of November.” Here we are, folks, the moment I've been waiting for! (And you've probably been waiting for me to be quiet about, but that's neither here nor there because I AM EXCITED and feel the need to SHOUT about this book).

Lady, in Waiting is now available for purchase through most online stores by following this universal link. You can also ask your favorite bricks-and-mortar store to order it for you, or if you're a library fan (and who isn't?), you can ask your library to order it in either ebook or paperback formats! (There will be an audiobook further down the road, and I'm considering producing a set of hardcovers for the series, but again... later).

The ebook will be published on February 14, but for anyone who wants the paperback, I'll let you in on a teeny, tiny secret. I screwed up. When you upload books to Amazon, they're done separately. I uploaded the ebook first, and I set the publication date to February 14. They asked if I wanted to set up a pre-order. I did. I thought I did the same thing with the paperback. I did not. The paperback is live, on Amazon only. If you want to get a jump on everyone else, head on over and grab your copy.

After that embarrassing admission, I'm going to slink back to my writing cave and figure out what I did wrong, so I don't do it again next time.

(And if you buy early - or at all - please be kind and leave a review; consider it a virtual way of giving me a cookie). 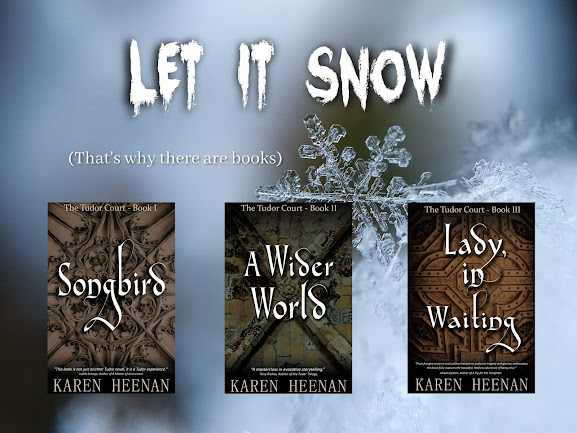 It's actually begun to feel a bit like winter around here. We've had snow and rain and gray, dreary days - perfect for curling up with a cup of coffee and a book. That's how I'm thinking of it, anyway.
There are other things going on besides books, but right now it feels a lot like March 2020, and I've pretty much decided to batten down the hatches, eat from our freezer and pantry, and keep a low (physical) profile for a few weeks. Getting sick has begun to feel almost inevitable, but that doesn't mean I'm going to run any extra risks. Double-vaxed, boosted, masked - and I'm still going to stay indoors and quietly promote my books and hope that you all have decided to stay home and read, as well.
All that to say, the pre-order for Lady, in Waiting is about to go live ANY DAY NOW and I can't wait to share my dysfunctional married couple with the world. I had so much fun writing Margaery and Robin, and I can only hope they're as much fun to read!
I'll post again as soon as I have the pre-order links. Stay safe, stay well, stay indoors!
Posted by Karen at 2:13 PM No comments: 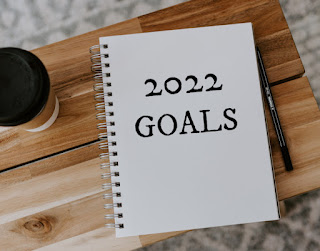 Happy New Year! Here's where we all get over-ambitious and set out lists of things that we know we're going to accomplish, which generally turn into vague idea of things we'd like to accomplish somewhere around February, and by April, they're just faint, guilty memories.
Have we all done that? Yes, we have.
I'm trying to set out (writing) goals for this year that are achievable, because the only way to build this into a proper business is in increments. (Yes, there are lucky writers who strike it rich on their first book, but they are so few and far between - and the circumstances for each writer, and their books are so different - that it's not worth considering.
The best way to market a book, I've been told by those who should know, is to write the next damn book. Because what happens if someone buys your first book and loves it? They go looking for more. And if there's no more there for them, they aren't going to remember your name by the time you publish a second book.
So these are my (hopefully reasonable) 2022 goals:
You'll note that there's nothing here about money or sales or marketing. I'll market each book as I see fit and as I can afford, but sales numbers and response to ads is not something I have control over. What I can control is my own production, and the more and better I produce, the more those uncontrollable aspects will improve.
Posted by Karen at 2:06 PM No comments: