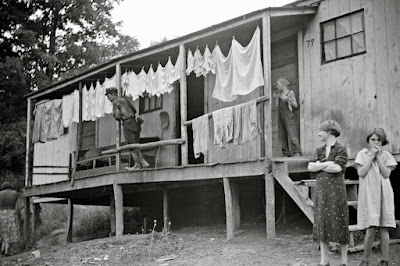 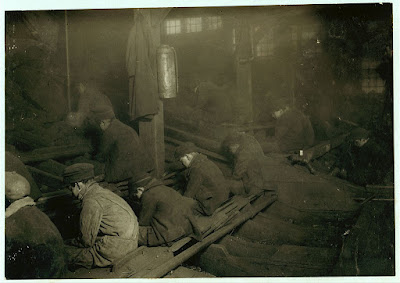 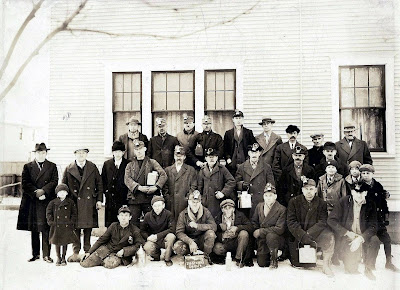 By the time the Depression was in full swing, the demand for coal had begin to slack - oil was the coming thing, and many household in the cities were changing over to oil heat. Still, coal was necessary for industry, and the mines kept operating, but often the miners' hours were reduced to a point just above poverty, and, dependent on the company for food and housing, and deprived of education and any opportunity of other work, they had few options.
Posted by Karen at 3:55 PM

Interesting post on background as my father-in-law was from Frackville PA. As a young boy he was the canary carrier. I believe he was also involved with the Mollie McGuires group fighting coal companies complete ownership of the miners—-another form of “slavery” I think!!
Always enjoy your posts, Renita in NC

Thanks, Renita! One of the things I love about writing historicals is the research - you never know what you're going to find, and then to get comments from people who "get it" is even better!

My mother in law was the daughter of a coal miner, down in West Virginia. She had many stories of life as a young child. One I'll never forget is when she was 3, she was given to the couple 'across the holler' because they 'didn't have any children.' It didn't work out, so she came back to her family.
She remembers the year they moved up to Toledo, and how surprised she was when she went to school, and all the kids wore shoes - All Year!
Her father got a job for the C & O railroad, the reason they moved up here, and died of black lung disease.

It sounded like a tough life, but they were a loving family, and I have tried to write down the stories she told, for my kids.

Thanks for sharing this