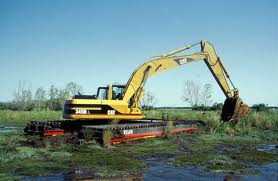 I'm embarrassed to admit it, but my workroom has gotten into such a state that I can't sew there.


When I was a kid, I was lucky enough to have the spare bedroom in our house as a playroom. Which was good, because it kept my bedroom neat, and bad, because with a door to shut behind me, I could turn my playroom into, well, a swamp. A toy-filled swamp. With a rug almost completely covered in crap, with little islands of clear space so I could hop from place to place. If only my mom had seen my potential as a ballerina . . . She did, however, see my potential as a slob.

Between one thing and another (work, housework, house projects, craft show, life and sewing), I haven't neatened up the workroom in several months. I don't notice how bad it's getting until I realize I can't lay out a piece of fabric on the cutting table, because there's not enough room on the table to eat dinner.

The other night, I noticed that I was actually hopping from one little island of space to another, with my carpet almost completely covered in fabric - bags, remnants, whole cuts waiting to be put on shelves.

Bad. This is very bad.

I can't sew when it's like that. I can't even find my next project in my head, much less on my shelves.

I have another long weekend coming up, and I would love to start the new year off right - with a (mostly) clean sewing space. I'm not promising perfection, but I'd like to get the floor cleared and vacuumed, enough space made on the table to cut out a pattern, and the shelves restacked so there's no further risk of avalanche. That should only take me until New Year's Eve.
Posted by Karen at 2:31 PM

I totally understand! I had velvet and silk scraps everywhere after the great Christmas scarf sew so I spent last night cleaning everything up and all the surfaces off so that I can sew. *sigh* Cause all I really want to is to just sew non-stop for a few days!

I have the same problem with my studio. That must be why I have no motivation to sew! Guessed I'd better clean it.

My sewing area is in the same horrible state. Is it okay to take a sick day to make one's sewing area well -- especially when you've only taken one all year??? That's my thought as I head to bed tonight. Of course, tomorrow I'll go on automatic and head to work, but the possibility of some fabulous free time in the house alone picking up, tidying, and organizing is tantalizing.

No fair. You firm't show pictures!

15 mins at a time - you can do it!!! I'm about to clear away the unsewn Autumn wardrobe so I can start on SWAP in my sewing room, so I completely understand. I was a neat child apparently, so not sure what went wrong for me....

Mine has fluffy fur scraps all over from recovering a beanbag chair for young Casey. Gets all up in my nose. Of course that is just an excuse not to get to work on the jeggingsjeansdresscurtainsweddingdress that needs to be finished!

OOH! I feel your pain - 3 surgeries of my own this year, then illnesses of Mom, sister & aunt, repaiting 4 vintage machines, miscellaneous house guests, unscheduled trips, gift wrapping ... all led to a narrow aisle through the room. Oh, and unfinished upholstery & chair-gluing projects sitting up on the cutting table.
Tomorrow is my day to tackle the disaster - do I dare ask for help moving the chair projects to the 3 season porch until Spring? If I promise to tackle them before the garden soil thaws?