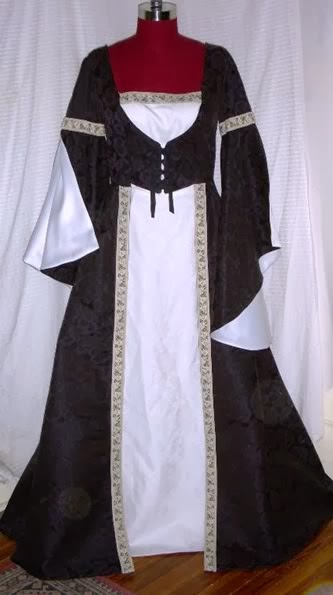 One of the best things in my vibrant West Philadelphia community is Curio Theatre Company, a small neighborhood company based in a decommissioned Methodist church.  The building has the most gorgeous Tiffany windows I've ever been able to visit in person.

I've helped out with costuming for Curio's productions for the last six or seven seasons, doing everything from Renaissance doublets (poor Mario!), straitjackets (poor Mario!), pirate shirts for the Tempest (Mario again, but playing along this time), gowns for the Queen of Hearts and the Duchess for a production of Alice in Wonderland, and costumes for a steampunk Twelfth Night and a more traditionally-garbed Rosencrantz & Guildenstern are Dead.

This season, Curio is doing a series of plays exploring gender - from their opening show, a controversial (and very, very good) adaptation of Romeo & Juliet as two teenage girls, to their current show, Dancing at Lughnasa. 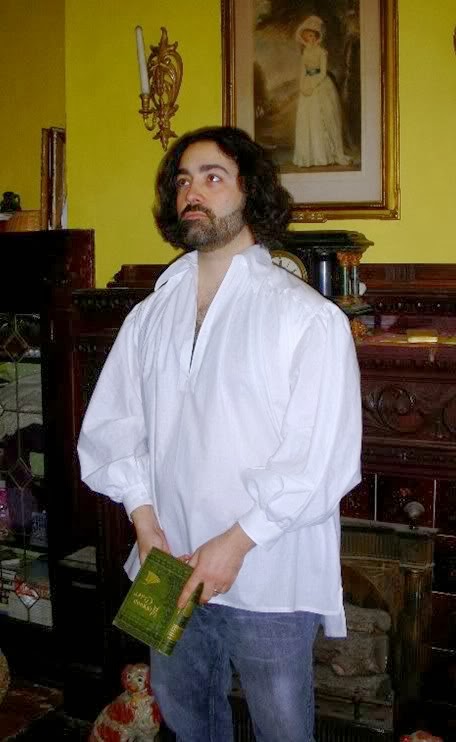 I bring this up because in the middle of the storm that the play caused, Curio filmed one of their exceptional performances and there's a Kickstarter afoot right now to try to get up the money to do the editing and produce DVDs of the production.  For a $25 donation, you get to help a great theater company that does a lot of good in the community, you get to poke a finger in the eye of the kind of people who actually sent death threats to them for putting on the play at all, and you get a DVD of the production.

I call that a win/win/win.