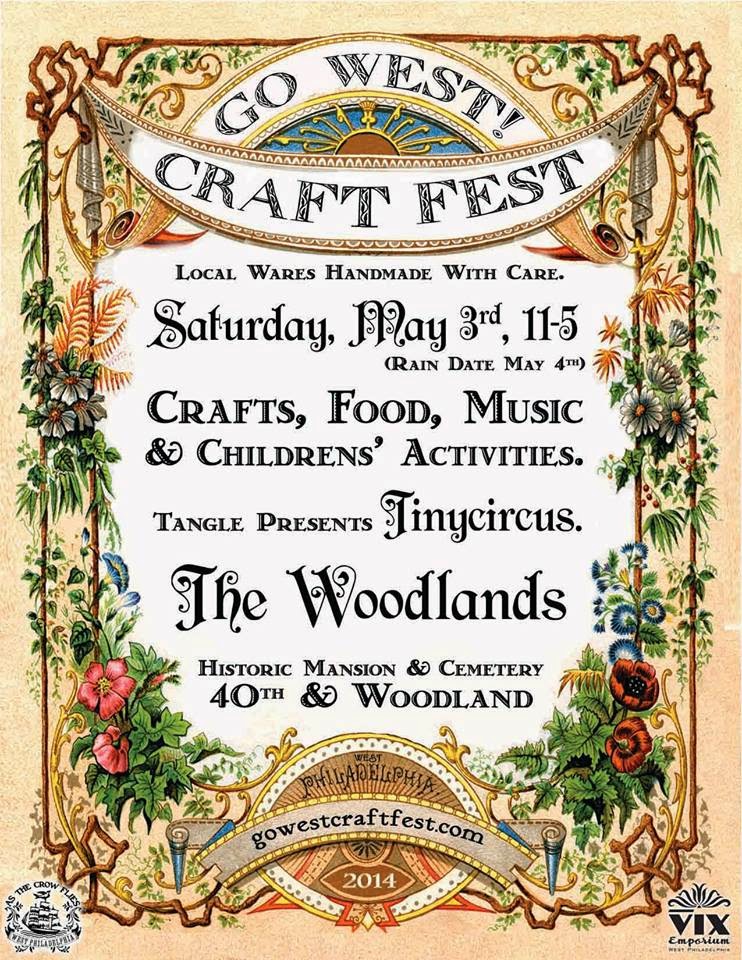 It doesn't matter that the trees have budded, robins are out there pulling worms and the UPS man has been in shorts for some time.  In my neck of the woods, one of the surest signs of spring is the appearance of Go West Craft Fest in nearby Woodland Cemetery.

It's a bit later this year -- last year it was April 20th, and we worried about cold and rain (and it was a bit chilly), so the early May date this year is comforting.  Which does not mean, o craft gods, that you should drop rain on my untented spread and ruin all my goodies, okay?

The event is way bigger this year; including the food vendors, it's over 120 vendors in all.

Which is a challenge to get through, but a lot of fun.  For those who intend to come to the show, I'm including the vendor map below.  When you come in the cemetery's main gate, hang a left to find me. 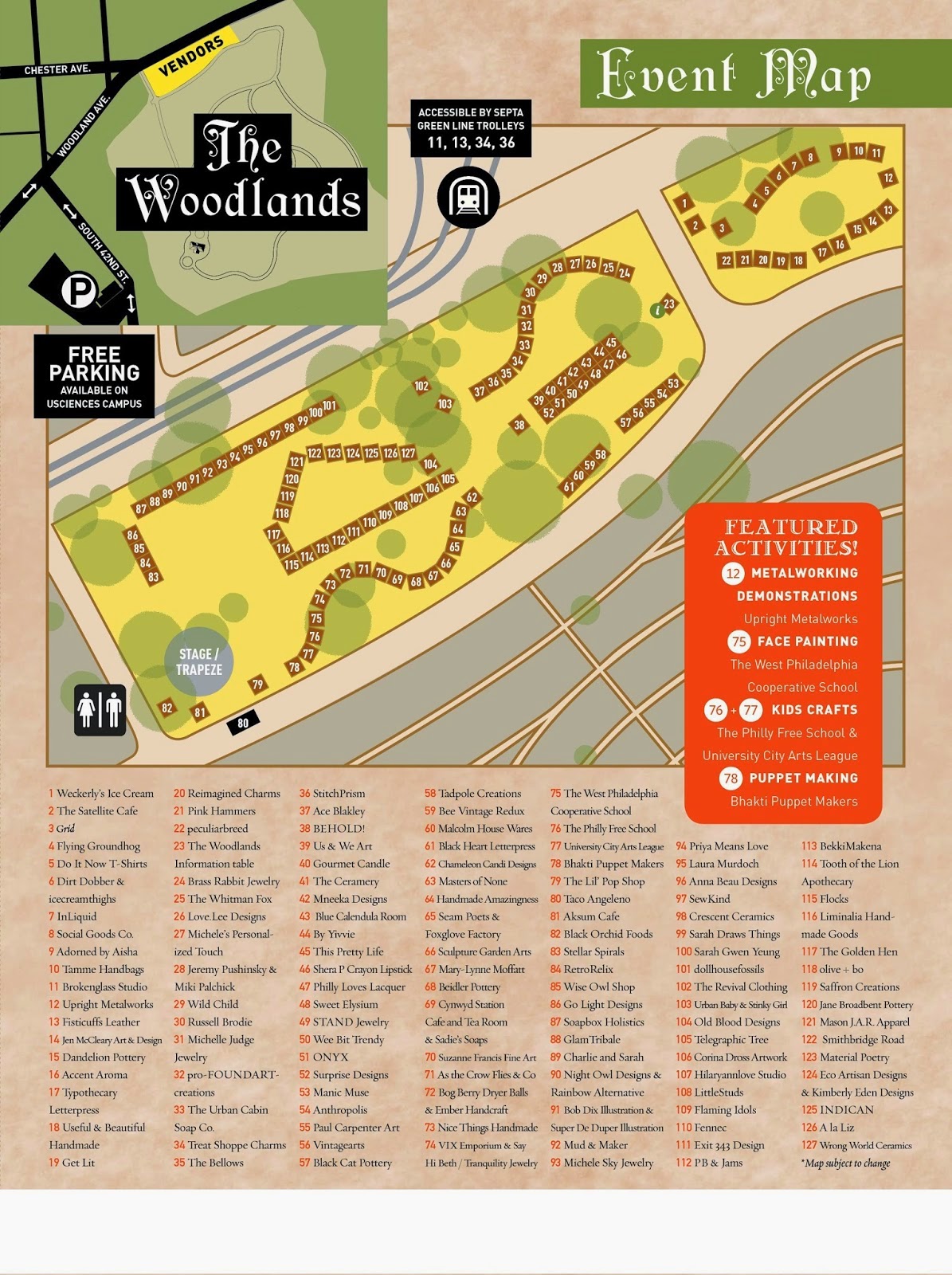 This is a new area for the sale, generally they only use the open space to the right, but I'm okay with being in the smaller area -- the food trucks and port-a-potties are in that section, so nearly everyone will get there at one point or another.

Plus, I'll be able to get to the food and the port-a-potties, which generally doesn't happen if I don't have someone around who can watch my table while I run for it.  I'm calling it a win-win.

Right now, I'm just trying to get over the dregs of a nasty cold/sinus thing that started on Sunday.  Go West is a fun day, but it's a long one, and I need to be at the top of my game or someone will find me sleeping on the grass under my table.

Good luck and I hope you do very well with your table.

Best wishes for the craft fest!

Good luck! I enjoy your charming posts about the shows. In fact, I'm hoping you'll soon show off one of the sweater elephants. Hmmn, since you are very serious about this, might you consider investing in a tent?