Cynwyd Station - Crafts and Plants and Kids, Oh My 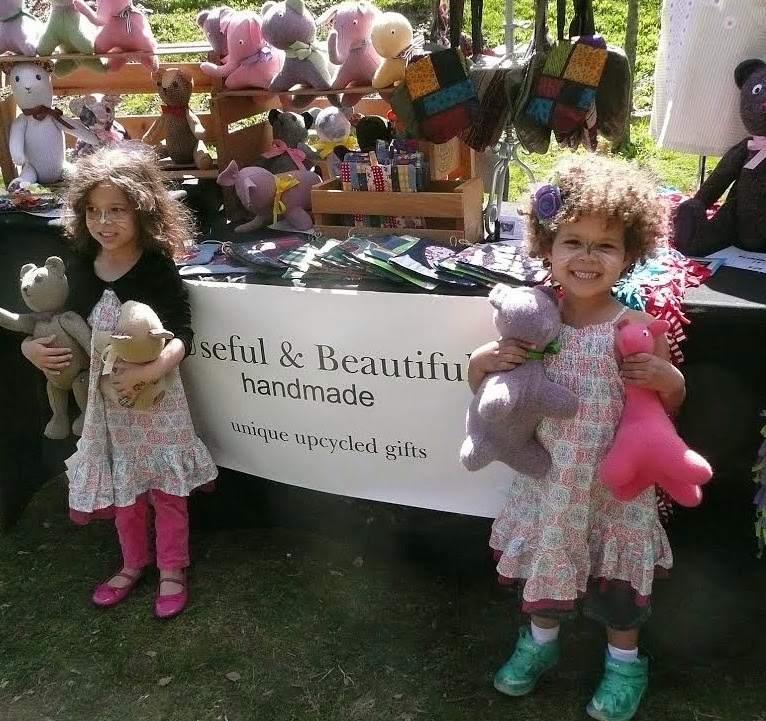 Sunday's show went well -- and I managed not to come home with any plants (only because of my neighborhood garden center raid earlier in the week).

My booth acquired a few small fans who were only too happy to pose with their favorite animals!

And speaking of animals, I spent Saturday (finally) sewing elephants for yesterday's event.  Fun times ensued when I realized that I was out of  fiberfill when I reached the third elephant.  Thankfully  Mario was already out in the car, so he swung past the store and got a bag for me -- they were out of my favorite 10 lb. box, but this will hold, for now. 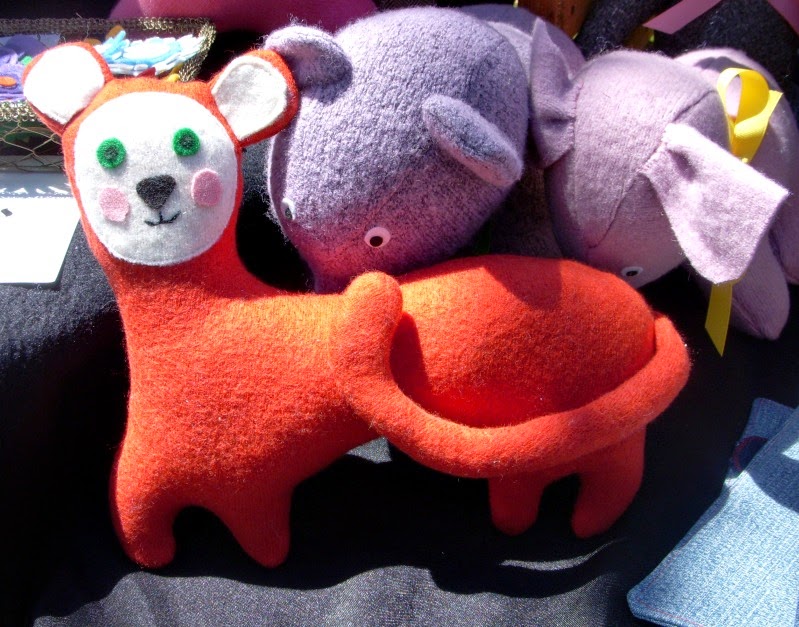 While I was waiting for him to return, I played with a pattern that I'd worked on during a slow period on Thursday afternoon at the office.   I'm trying to find other animals to make from sweater knit, and other patterns to use.  One of my co-workers asked if I could make a lion for her son (aptly named Leo), so I decided to draft a cat pattern.  I wanted something not as three-dimensional as the knit critters, so what I ended up with strikes me as a bit folk art, but I liked it.

I took him along to the show yesterday mainly to solicit opinions, since he was only a prototype.  However, kitty prototype ended up going home with someone who fell in love with him, so now I'll be working up the next version from the photos I wisely took before kitty disappeared.
Posted by Karen at 1:07 PM

That's great that your prototype was in demand! (And that you wisely took photos before selling it!)

I like the lion better than the bears. I will be in Philadelphia June 5 - 17 for a family wedding and my daughter's graduation from Drexel. Lots of family stuff - but do you have any shows planned for that time period? Would love to see your booth! - Heather

Your lion looks like a primitive painting - and I mean that in the best possible way. I'm not surprised someone fell in love. I wouldn't change the pattern a bit.