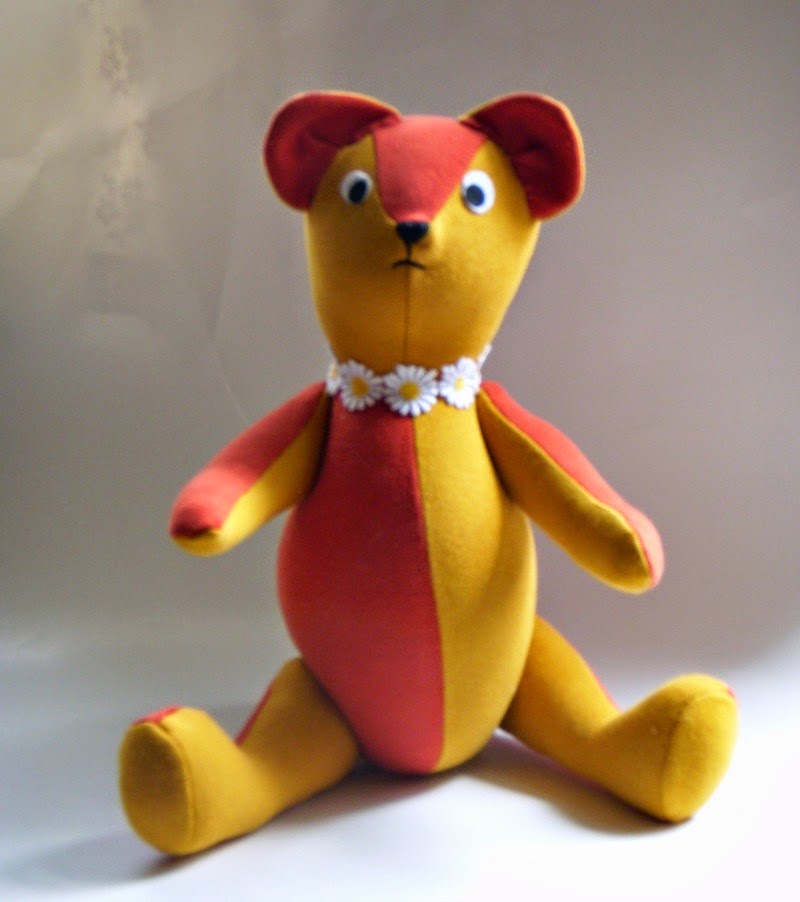 I got a custom bear order recently. I’m really enjoying doing the custom bears – not only are the fabrics supplied, taking the color/fabric choices out of my hands, but I really like hearing the stories that go along with them. A lot of times they’re memorial bears, and I get to hear about the special people whose clothes I've been entrusted with.

This is one of those bears. The woman who purchased the bear did so for a friend's daughter, who recently had her first child. Her father passed a few months ago, and the woman supplied me with two of his hooded sweatshirts to combine into a bear for the new baby. She also included a small charm (which had belonged to the girl's mother) to stitch inside the bear. Inside the box with the hoodies was a copy of the funeral program, telling me more about the father, including the fact that he was in heaven, probably listening to Johnny Cash with his wife while wearing one of his favorite hoodies. 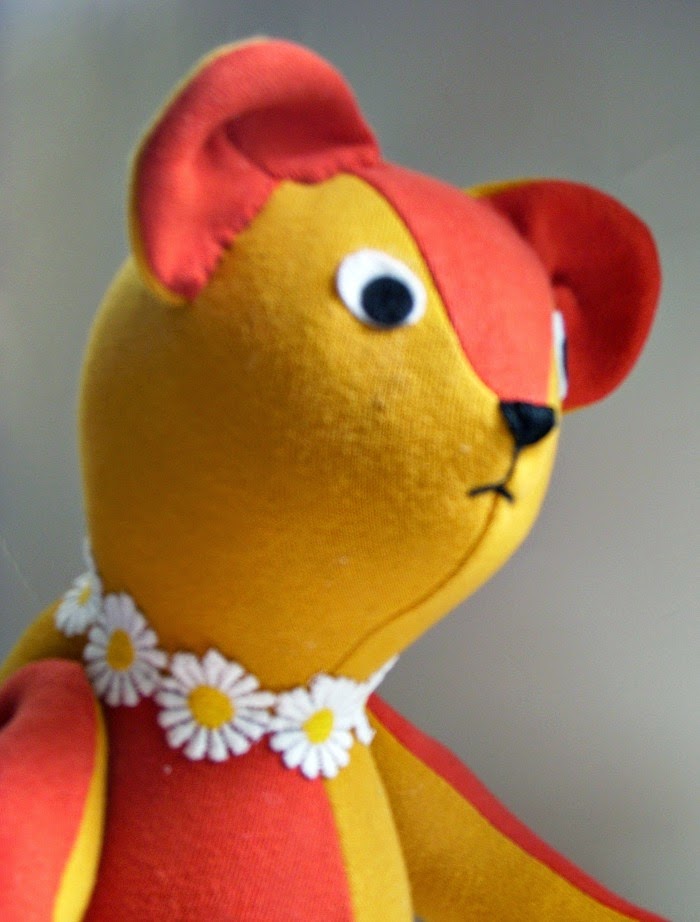 The buyer also mentioned the fact that he put smiley faces on everything, including his checks. I ended up using more of my vintage daisy trim to accent the bear's neck, instead of a ribbon, because I thought it worked better with the more masculine sweatshirt fabric, and also because the big daisies reminded me of smiley faces.

Once finished, the bear is being sent directly to the mom. The buyer enclosed a card for her, and I think when I wrap the package for shipment, I'll find a few smiley face stickers to put on the box.
Posted by Karen at 12:43 PM

That's an incredibly sweet story and I love what you've done with the bear.