A different mother's day: here's to the MILFs 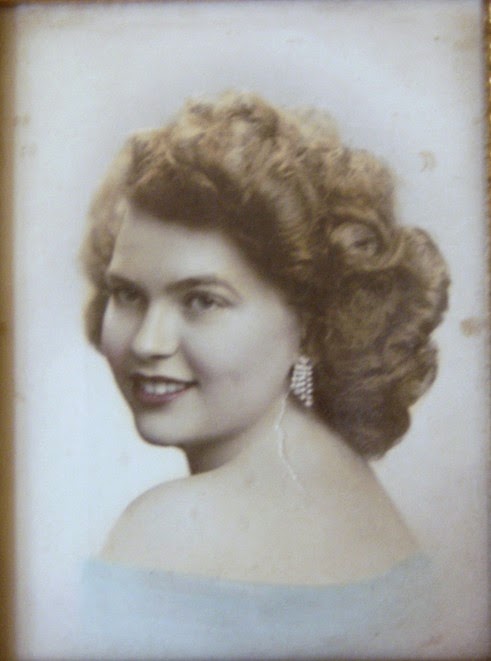 It's that time of year. Mother's Day is everywhere, and it's assumed (or at least Hallmark assumes) that everyone out there has a perfect, Hallmark relationship with their mom.

She was the cool mom, the mom who made all my friends wish she was their mom. I offered her to them with increasing frequency until they were old enough to understand why.

Looking back, I'm sorry that at the age of 40 plus she still felt like she had to get the affirmation of random men blowing their horns and pre-adolescent boys blowing blood vessels, that she couldn't see her own worth without their input. She didn't really have women friends, other than me; she didn't trust women.

She died in 2006, after hiding her emphysema diagnosis for 5 years because she didn't want to stop smoking. Even after she had to go on oxygen (for chronic bronchitis, she claimed), she would still disconnect herself and go out into the hall to sneak a smoke.

When she was in the hospital for the last time, unable to speak for tubes, I came up from Philly to see her, and as it turned out, to say goodbye. I wasn't sure she even realized I was there, but when her doctor came in and said – and who the hell says this to a dying woman? – "Aren’t you sorry about all those cigarettes now? You can't even talk to your daughter."

Turns out she was still in there. She raised her hands, one with an IV in it, one without, and gave him the finger with both hands. Can't say I blamed her.

She died a few days later. I was home, and my stepdad couldn't bring himself to go to the hospital, so my uncle, her younger half-brother, was with her when she died. I went back up the next day to spend some time with my stepdad (and to clean out all her stuff – he was adamant, I couldn't leave until she was erased from the apartment), and we had dinner with my uncle. As we were driving to a restaurant to meet some other local relatives, a thunderstorm hit. We had to pull over for a few minutes because we couldn't see the road in front of us.

A particularly loud clap of thunder rattled the car windows. My uncle, in his wisdom, and having been partly raised by my mom, said, "Well, that's it. Gene just found out there's no smoking in heaven and she’s turned around and gone to hell."

In the spring, we spread her ashes at my uncle's property, where my mom had spent a few years in her teens, probably her happiest years, and the reason she dragged my stepdad north for retirement. My uncle, a small man, bow-legged, heavily armed and with a more-than-passing resemblance to Yosemite Sam, took the box with her ashes, walked up to the top of the highest hill on the property, opened the lid and let her swirl. "You always wanted to travel, old woman!" he shouted. "Now get to it!"

He loved her dearly, as did I. I just can't say we always liked her a whole lot.
Posted by Karen at 11:28 PM

Your story is very moving and must have been hard to write. Wisdom is hard to come by but you have it.

It was good for me to take off the Hallmark Glasses and remember there are all types of mothers in the world.

Even though some of her choices must have been hard for her daughter, she sounds like a real original. It makes me happy to hear that she was unrepentant about being herself, right up to the end. Gorgeous photo.

Mother-daughter relationships are complex, but special and irreplaceable. The doctor sounds pretty embittered. His comment to your mom was more than inappropriate, and I am so glad your mom mounted a most appropriate response.

Well, your mom was blessed with a wise and realistic daughter! xoxo

A brilliantly told story! Not all Mom Daughter relationships are greeting card perfect. I appreciate your sharing this with us.

Oh Karen, truly a piece from the heart. Thank you for sharing your story.

Loved your mother's day post. You are an amazing woman. And she had not a little to do with it, willingly or not. We all are our mother's daughters. Love you.

My mother wasn't a very good mom. Very narcissistic, but having her for a mom did teach me to be very observant and it turns out being very observant isn't a bad thing to have in this life. Buying a mother's day card was always problematic as she did not possess any of qualities mentioned in the cards. My sister and I would always bemoan how much effort it took to search through all the cards to find one that was at least half way honest. To this day I am amazed that it didn't really matter that she wasn't going to win a mother of the year award for us to love her anyway.

I think there are a lot of us that have had a unique relationship with our moms, but very few of us are brave enough to tell about it. Sometimes I wish I had the nerve...as it is, my brother and I talk pretty often and we talk about her a lot.

It sounds like such a complicated relationship. There are many parents that don't quite live up to the Hallmark card, you aren't alone.

She certainly sounds like a character. That doctor deserved a good salute, honestly.

My husbands uncle passed away recently and he certainly lived his own way. Not much was truly traditional in his life and I'm glad to know his wife arranged a less than traditional funeral (I believe his ashes are in a car engine part). As much as funerals (or other memorials) are for the living, they have to suit the person who is gone - more real than those Hallmark cards. Your post is a really great tribute to a less than perfect mom but your mom.

That story is so beautifully written! What a great way to "meet" your mom. Loved the way you told that story.