So, somehow it's July.

Things are growing.  Things are blooming.  And best of all, perhaps, things are fruiting.

The photo at left was a quick trip out back this morning, before the heat got to me.

I'm refusing to bitch about the heat after our near-Arctic winter; it takes so little effort and money to stay cool as opposed to keeping warm, I'll deal with it.  I'm just moving a bit slower and not being as resentful as I had been about an upcoming six-week temp job.  Climate control that I'm not paying for, after all.

The currants went straight into the freezer, so that when I get enough I can attempt to make a mouth-puckeringly wonderful black currant sorbet, my favorite flavor from our many trips to Berthillon when we were in Paris.  So good.

The rest of the berries were dessert; this has happened for at least the past two weeks, though the amount of raspberries varies depending on how many don't make it into my mouth.  Blueberries can be improved with a little chill, but fresh, warm raspberries, pulled from the thicket at great risk of life and limb (or at least serious scratches) can't taste better than when you're standing right there.  Mario being bug bait, I'm generally in charge of harvest, and this year, he thinks the raspberries are underperforming.

In the area of blooms, we've got tomatoes, cucumbers, and my favorite, potatoes!  I put in a load of them this year, and then I noticed all the volunteers popping up that I managed to miss last year.  Oops.  Now there's a sorry state of affairs -- too many potatoes.  Not in this house. 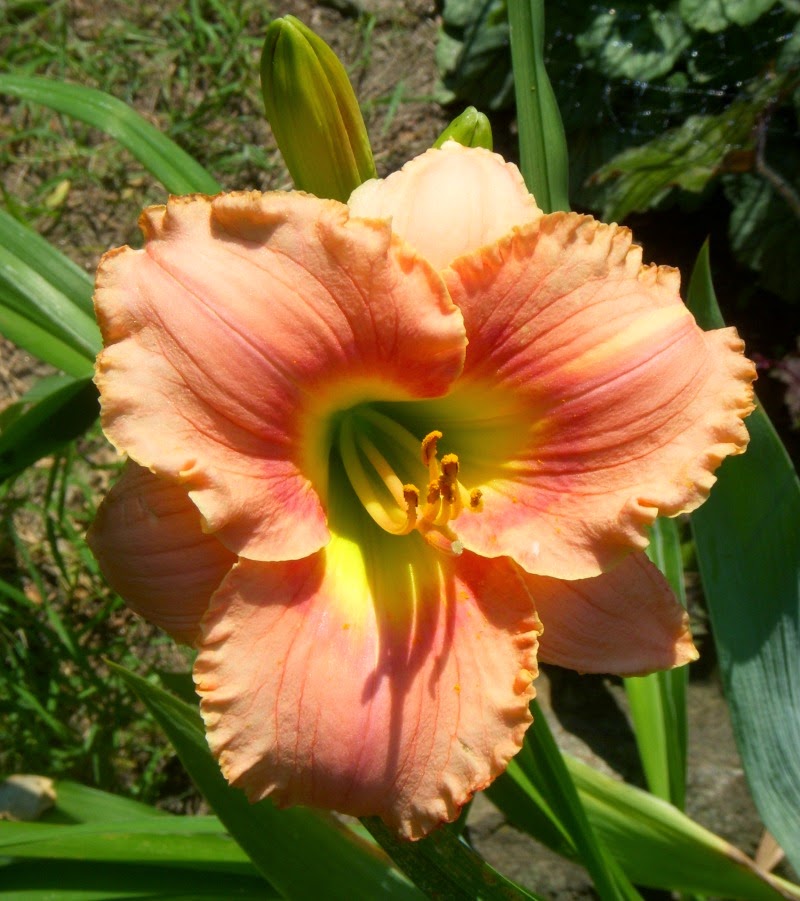 Now that the potatoes are blooming, I need to start watering more.  This isn't a problem -- even though we haven't had rain in the last week or so, I've still got about a hundred gallons stored up in the rain barrels, and with rain predicted later this week, I see no shortage anytime soon.

There aren't a whole lot of flowers blooming right now -- first there were the remaining spring bulbs, some lily of the valley, the roses and iris, of which there are still many, but now as we get into summer proper, it's more about vegetables and foliage plants.  The coral bells are spectacular, and I guess their weird little spindly flowers count as blooms, but really, I plant them for the leaves.

I don't have as many daylilies as I did; they reproduce quickly, so they were among the first sacrifices in my garden expansion.  I'm glad this one stayed; I tried to remember where the yellow ones were, and dig those out first, and keep the more interesting colors. 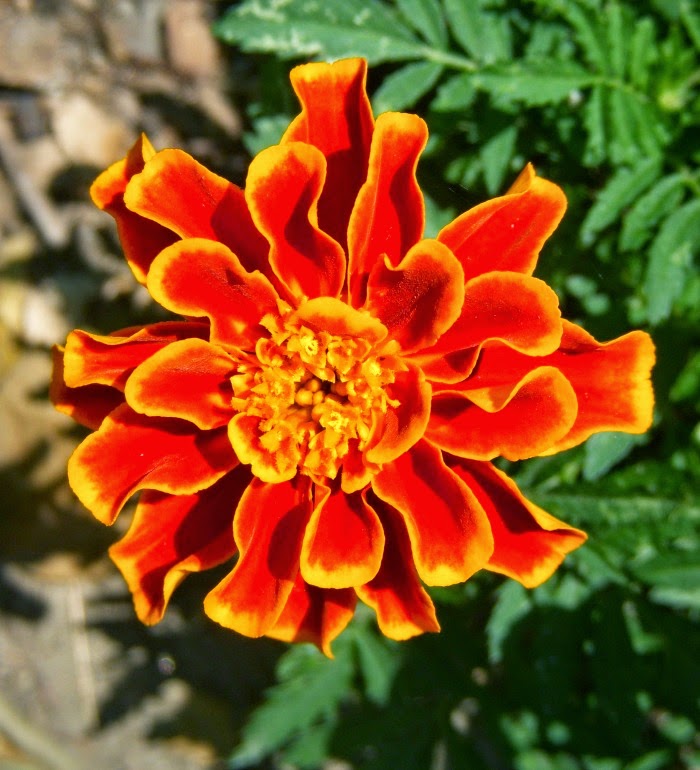 Marigolds are a favorite in my garden; pests don't like them and I do.  I love the spicy smell, and I have a bunch of them planted near the chicken coop -- I can actually smell them more than Bonnie, which says more for the scent of marigolds than my skills at keeping the coop clean.

In addition to seeding more pots with lettuces (a recurring task all summer), I did add one more plant this past weekend.  My local garden center -- we finally have one, after years of fantasizing that one would decide to set up shop in the neighborhood -- sent out an announcement that all their veggie starts were half price.

Now of course, it being July (or late June at that point), they were some sad, leggy specimens, more than a little pot bound in some cases.  I passed by the tomatoes, since I have a half dozen volunteers of those as well, ignored the squash, which never do well in my yard, and ended up bringing home a pumpkin.

I've never tried growing a pumpkin.  I'm hoping to have more luck with fall squash than the summer variety.  And I want to try an experiment -- does anybody besides me remember Almanzo Wilder's milk fed pumpkin from the Little House books?

Love hearing about your garden progress! One question....did you have a problem purchasing black current bushes? They are the intermediate host of a blister rust that affects white pine trees so sale is limited in certain areas. I love them but am not sure they are an option.

Thanks for the "walk" through your garden. What a delight!

I do remember reading in the paper a few years back that the prize winning pumpkin at some state fair was milk fed. So there are some others who remember Alonzo's pumpkins, and even some who have tried it. All of your plants are looking good! Free food, as my son Dan said when he was about 10.