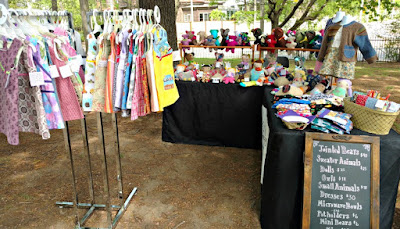 (There was one the Saturday before, but the weather wasn't promising and I decided to bail rather than spend the next two days running my entire inventory through the dryer at the laundromat). 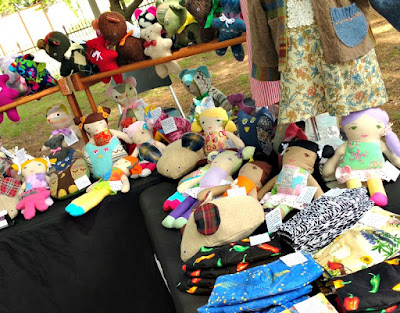 I felt a little guilty about backing out of the show, but it was a smaller event, one I hadn't done before, and -- judging by the Facebook page for the event -- not a huge crowd.

A friend did go, and spent the first half of the day huddled under her tent, and the rest of it waiting for the customers who probably decided to attend on Sunday, when the weather was nicer.  Alas, I only paid for one day.

A few new things for shows this year: I bought myself a proper chrome clothing rack to display my toddler dresses.  The rack I had before was intended as a collapsible clothes dryer and it wasn't very stable, especially on something other than a flat surface. 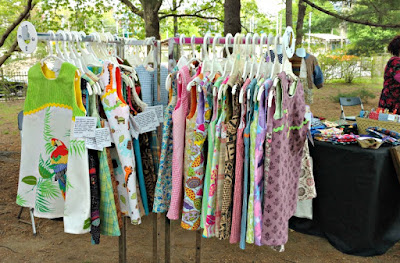 Also new: dolls!  (These were the super-secret new item I've been working on).  I had 16 available for their first outing and I sold a few, one to the little sister of one of my sewing students.

And that's another story: the last two classes, I encouraged my students to come to the craft festival -- first, it was local so not hard for them to drag their parents out, but also, I wanted them to see my work.  Not just because I wanted them to buy it (though that was, of course, part of it), but because I wanted them to actually see what I do, aside from harass them to sew straight lines all the time.  I've brought samples in, but seeing it all spread out, as something people would spend money for, makes it real in a different way.

Everything is so pretty! I'm not surprised the dresses sold well.