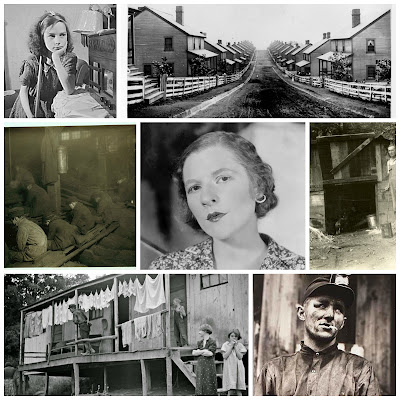 So despite my afflictions (which are getting better, BTW, though I'm still ridiculously red-eyed), I've been getting a lot of writing done.

Since one of my eyedrops is to keep my eye dilated, I'm a little light-sensitive, so typing in sunglasses has been the order of the day.

But I've hit 65,000 words on the new book and I'm happy with it so far. Obviously it's a first draft and there will be massive rearranging, swearing, rewriting, and various other forms of self-inflicted writer torture yet to come, but still.

One of the fun things about writing historical fiction is the stuff you get to research. Instead of the Tudor era, like my other book, this one is actually set in times where I can access newspapers, which I did. I made a very, very organized list of things I needed to know, and got myself a seven day free trial of Newspapers.com, and knocked out most of my list, including a few things I hadn't planned on researching, but that fit the time period and themes of the book, so they got included.

Some topics that got researched: bootleg coal mines, the Lindbergh baby, the Bonus Army, the prices of everything in 1931-1933, Hoovervilles and orphanages in and around Philadelphia. Also, what it's like to have many children - something I obviously don't know firsthand, but an online friend was kind enough to answer a long list of questions so I feel like I know my main character a little better.

I sometimes read, but doubt I would ever write fantasy: I'd rather research a world than make one up from scratch. I read, but am not sure I would ever write contemporary, either, since one of the reasons I write is to get away from the present.
Posted by Karen at 12:06 PM