Not throwing away my shot 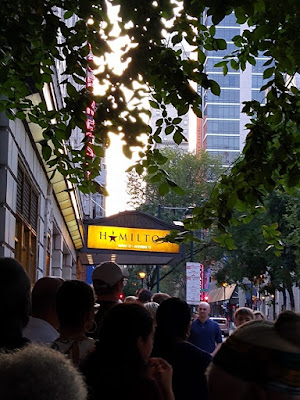 I don't play a lot of music while I'm working - if I'm writing, it's too distracting, and if I'm sewing, not a lot gets through over the sound of the machine.

Hamilton gets through. I discovered the soundtrack a few years back, after the show hit Broadway but before it hit total public consciousness. It started with the King's songs, which I think are the gateway for people who don't think they'll like a show about a founding father, performed in hip-hop (trust me, you will).

Of course I wanted to see it in NY, but I also want to keep both my kidneys, and that's pretty much what the prices felt like. There were road companies, of course, but I figured eventually one of those would make it to Philly.

And we went to see them last week.

And it was freaking amazing. 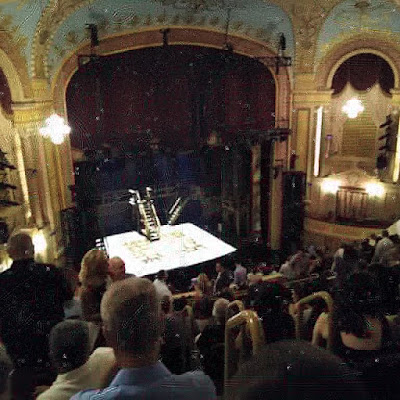 That is pretty much my review. We were up high, so I couldn't make out faces, but so much of the show is about the spectacle - the stage, the movement of the dancers, the lighting, and of course the music - that it didn't matter.

It was freaking amazing.

Also, one of the things I really love about Hamilton is the same thing I love about historical fiction. It takes an era, a person, something that people might think of as dry or boring, and returns them to their flesh-and-blood reality, full of urges and desires and bad behavior and good behavior - all the things that take them from cardboard cut-outs in historical dress to living, breathing people who just happened to wear funny clothes and live in a different time period. 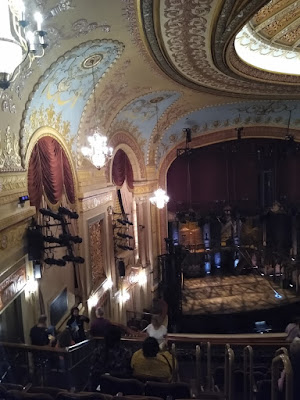 No one leaves that theater thinking of Alexander Hamilton as some dry-as-dust founding father. I guarantee it.
Posted by Karen at 4:41 PM