How it started; how it's going 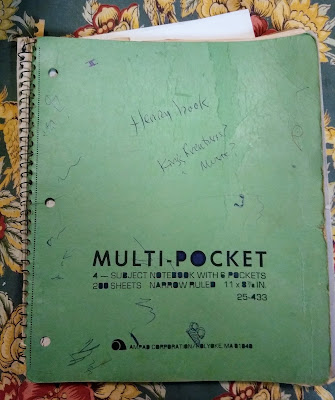 There's a thing going around on Twitter among the writing community - "how it started, how it's going." Some responses are as minimal as a blank page and a page with "Chapter 1" written on it; others are a notebook, and a stack of published books.

Being somewhere in the middle, I thought I'd show mine. This is the very beginning of Songbird, which you can see on the cover says "Henry book," then "King's Creatures" and "King's Music," two of its early titles.

Songbird was started before I had a computer at home. I'm not sure if I even reliably had one at work, just things with some memory that I couldn't save personal stuff onto, which explains the second photo - a later portion of the book with handwritten, literal cut-and-tape inserts and lots of edits which wrap around the sides.

I thought my handwriting was bad then. There's no way I could draft a book by hand now, I'd never be able to read it. 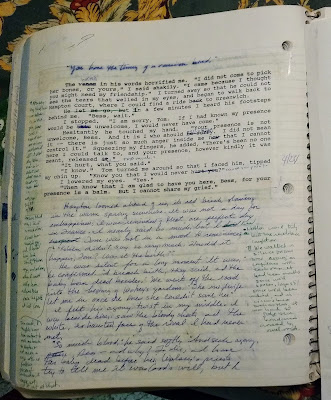 Surprisingly, the section of the book contained on this page made it into the final version relatively intact. I recognize some of the dialogue and know that it's still there. Which is shocking, because I feel like I wrote and rewrote and edited and tinkered and tweaked the book at least 142 times.
And counting.
The final picture is where it's at.
Where it's going is book 2 (no cover yet) and book 3 (not completely drafted yet). But I'll get there, and I hope you'll be with me when I do. 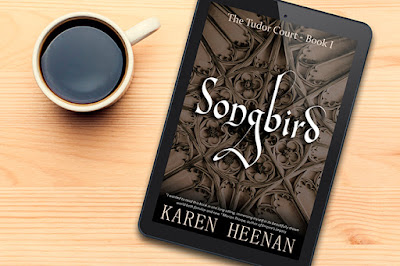