How to support an indie author #842 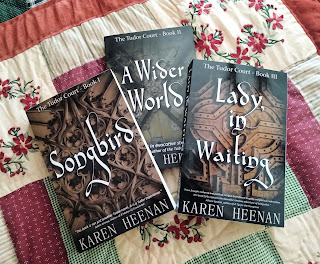 If you're interested in paperback copies of my books and would prefer not to purchase through Amazon or other online retailers, please leave a comment here or use the contact form on this page.

I'm happy to support my local independent bookstores, but it's difficult to get them to stock books by indie writers because we can't afford to give the wholesale discount that a large traditional publisher can.

As an example, I just changed the discount percentage for my paperbacks because my cut of a $15.99 paperback was... $0.80.

All the rest was split between the bookstore, the printer, and shipping costs - not to mention that bookstores prefer to be able to return unsold books, which will then either be destroyed or returned to the author. For an additional cost.

I don't expect to get rich from writing, but I'd like to buy the occasional cup of coffee. Am I wrong?

Paperbacks are $14.99 (same as Amazon, but which include a bookmark, a signature, and shipping). Ebooks of all three titles are also available for $4.99 each. I can walk you through how to download them onto your Kindle or other device. Discounts available for purchases of two or more books. Apparently I can write, but when it comes to graphic design, I'm a bit challenged.

Decision-making regarding graphic design, even more so.

I use photographs of ceilings for my book covers, and within the next few months, I'll be combining Songbird, A Wider World and Lady, in Waiting into an e-book box set. (Not doing a paperback because it would cost a bomb and come in at over a thousand pages, and no one has the hands for that). 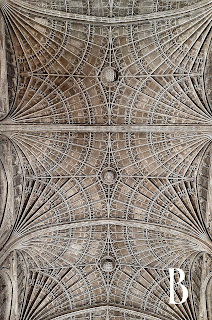 These are my top contenders for the new cover. Each one has their merits - and none of them are connected to the stories. In the cases of Songbird and A Wider World, the ceilings are actually from buildings (Hampton Court and a destroyed monastery) that are locations in the books; for Lady, in Waiting I chose a ceiling that meshed with the story - Margaery's home of Winterset, and the painted ceiling she envisions for the hall. 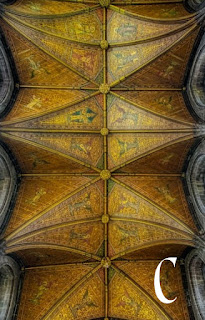 I don't have that requirement for the box set cover. It just needs to look period appropriate, which all these are, and work with the font used on the covers, which they will.

BUT I CAN'T DECIDE.

Which one is your favorite? Help a graphically-challenged author out. Please. 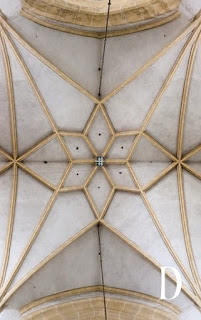 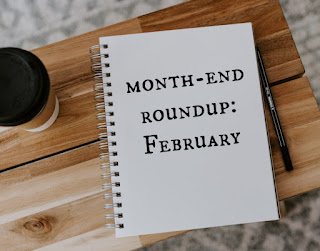 Keeping track has been fun this month. Not.
It's hard to pay attention to what feel like trivial things when the world has basically set itself on fire.
But work matters. Words matter. And stories can take us away from the flaming dumpster that is life, at least for a little while.
Lady, in Waiting
This got released on February 14, and the evening before, I survived a live reading on Facebook. It wasn't that bad - at least, I think it wasn't, I'm not watching it - and it always surprises me after the fact that I get so worked up over doing them.
I also was interviewed on the Joined Up Writing podcast about the new release, and my transition from small press published to being an indie author. Check it out here if you're interested.
My Sister's Child
Completely finished going over this draft, tweaked it a bit, and sent advance copies to several people who have offered to give me quotes for the cover. This is the nerve-wracking part, folks, letting real writers read my unpublished stuff.
Since I had to turn Sisters into a Kindle-ready book to send to them, I also loaded it onto my own Kindle for another read, because your eyes catch different things in different formats. In ebook, I notice repetitive words and excess words far more than I do on the screen of my computer. So it's undergoing another round of tidying.
The sequel is almost completely planned (as much as I plan). I've done most of the research for national and local events which will affect my characters, and I've got the high and low points of the story marked down. They will connect themselves as I write. I'm not sure how I know this - it's part of the magic.
Songbird and A Wider World
Nothing new to report. Still marketing both, and Songbird did have an unexpected number of sales in February, which is good because even though the books can be read as standalones, it is the entry point to the series for those who read in order. Hopefully, these new readers will keep going.
Once these final edits of Sisters are dealt with, I'll start working on the audiobook for A Wider World. I have the files; I just need to learn how to make them sound as good as they can.
Posted by Karen at 2:19 PM 1 comment: