A tale of two kitties 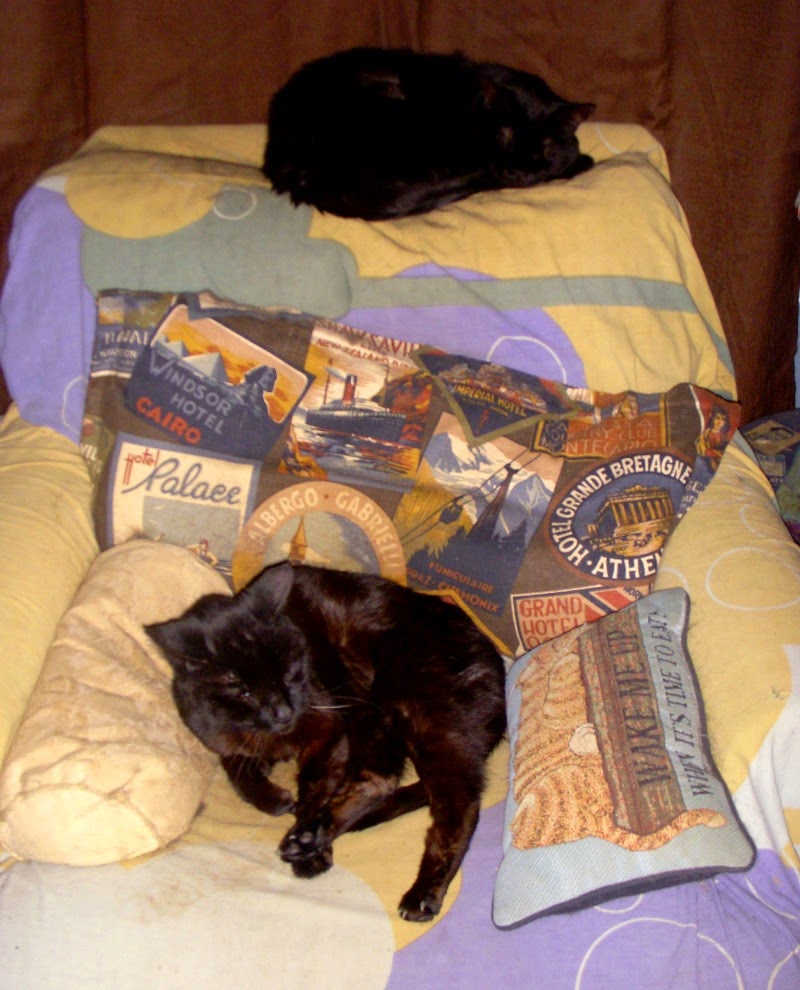 You could subtitle this one, "She loves me, she loves me not."

Kitty on the bottom is Lily, who adores me not just because I feed her and coddle her and treat her like the feline queen that she is, but because at 16 plus, she's mellowed enough to realize that it's no skin off her furry behind to like a human.

Kitty on the top is Bear a/k/a Louise a/k/a Weezy, who pretty much loathes me.  I brought her in as a kitten, and she feraled as she grew up.  I am occasionally permitted to touch her, but only if she's eating some of Lily's leftover wet food (which she growls at like it's a fresh kill).  She doesn't groom, so she has mats that stick out all over.  Generally instead of petting her when I have the chance, I grab the nearest pair of scissors and cut off her mats, because they make me crazy.

These two generally do not get along, much less share space, so when they decided to share their favorite chair, I had to take this.  And share it, so they can't say later that it never happened.
Posted by Karen at 10:01 PM

Having 2 animals is always interesting. I had a Siamese cat and a Lab/Doberman mix. When I brought the cat home as a kitten, the dog immediately adopted him as her own. They truly loved each other. It was amazing to see. When the dog died, the cat mourned. He stopped grooming himself and basically became a little old man.