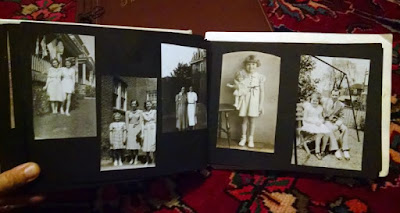 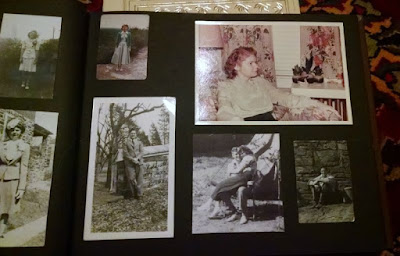 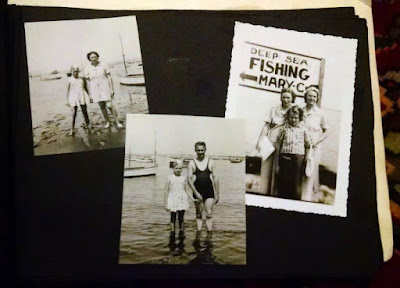 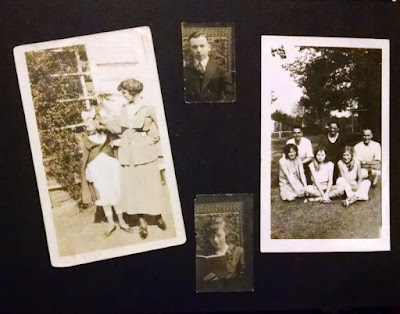 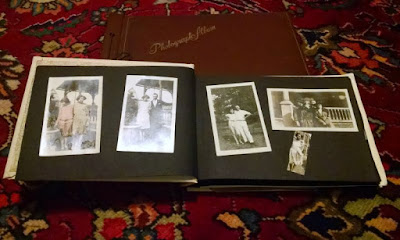 And the rest can go, with my thanks.  Their work here is done.
Posted by Karen at 9:27 PM

Fantastic approach!
I have lots of cousins and all in that next generation above me still living so this hasn't impacted me the same. I think you are doing a brilliant job. (P.S. you'#re not inspired by KonMari are you)

Oh yes. I have lots of those photo albums (black paper, leather covers, and those little picture holder corners) from Mom and Dad in their young days--lots while he was Navy during WWII. So many photos of folks I have no clue who they are!! Haven't looked at them in years. Need to do something like you are doing--if I can make any time!

That is my next job to tackle - about 4 boxes of photos. Then the fun part, roughly 250 rounds of slides. I'm thinking I'll be done in about 10 years.

Please use acid free glue! I ruined a whole scrapbook of photos using normal glue. After five years or so the glue went through everything. I was shocked! My photos weren't nearly as special as what you have.

I found photos scattered throughout my idiot mother's trailer when she died, and gathered them into one box for sorting later...it's only been 2 years. I also found about 300 slides; scanned the 25 or so that had people in them, and ditched the rest, unless it was a place I recognized. You are right; it was liberating. I have no clue when I'll get to the box of photos, but I do know that my father scanned a bunch of them and tossed the originals, because I found CDs with about 250 scanned pictures.

They do still make the paper corners --- but you don't have to lick them anymore, they are sticky off the roll. Check your local Staples. I have also dealt with photos and feel your pain. It sounds like you are on the right track.

Now that photos are all digital, we are probably the last generation that will have to deal with boxes of snapshots --- our kids will be dealing with thousands of digital files (harder to cull than a box of photos) and odd size photo books we printed using coupons from Snapfish.

I'm sorting too, then scanning and uploading to a free genealogy site, FamilySearch.

not sure if they are atill around, I bought photo corners from a company called Light Impressions