Alternate Endings: The Inspiration Behind Princess of Spain 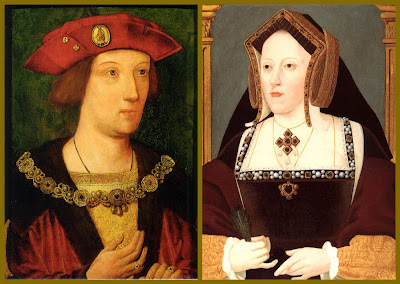 So my submission for the Alternate Endings anthology is called Princess of Spain, and in my mind, it rights a certain number of historical wrongs.
What if Arthur Tudor hadn't died? What if he'd stayed married to Catherine of Aragon, consummated that marriage, had children? What if - because he was a different man than his brother - the war in Scotland had ended differently, and he stayed on good footing with his sister Margaret's husband, instead of leaving her a widow? What if there hadn't been a war with France? What if Thomas Wolsey's role had remained as priest and advisor, instead of being promoted to chancellor and cardinal and all-around-fixer?
What if Henry Tudor stayed in the place that history had intended for him - as Arthur's younger brother, bound for the church. Archbishop of Canterbury or York, maybe someday a cardinal's hat. A good place for an ambitious man, but not as good as the role history gave him when Arthur died of what was probably the sweating sickness.
When Henry became king, he married his brother's widow (touting that unconsummated marriage), warred with Scotland (his brother-in-law, the Scottish king, killed in the process), warred with France (expensive and not tremendously successful, though battles were won), but failed to have a living son with his queen, leading to five more wives, the break with Rome, the dissolution of the monasteries, and the execution of many people (good and bad). 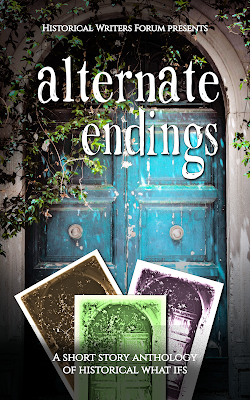 I wanted to explore what might have happened if Arthur, the brother who had been brought up to be a monarch, actually had the chance to live out the history intended for him. It also gave me the chance to rehabilitate a few people (in addition to Catherine) whose lives might have been very different if there had been a King Arthur.
And okay, I also wanted Henry to get a little of what he deserved, but what lover of Tudor history doesn't want to see Henry get what he deserved, really?
Alternate Endings is available here - not only will you get Princess of Spain, but seven other stories, including another one set during the Tudor era.
Posted by Karen at 2:00 AM