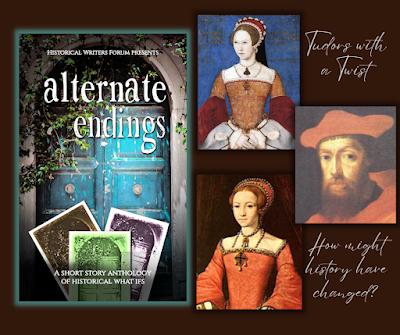 Yesterday I talked about Princess of Spain, my story in the Alternate Endings anthology.
Today I have as my guest Samantha Wilcoxson, whose story, Tudors with a Twist, imagines alternate endings for both Mary and Elizabeth Tudor.
I'll let Samantha tell you more:
Reginald Pole, King of England?

When I began writing, I was obsessed with the Wars of the Roses – all the drama, betrayals, and what-might-have-beens. It was such a tragic time in history with plenty of unknowns to keep a historical novelist busy. I hadn’t planned to write a series, but I ended up expanding into the early Tudor era, where the historical figures that intrigued me most weren’t the popular ones. Plenty of people wrote about Anne Boleyn and Henry VIII. I was more interested in Margaret Pole’s family and the often overlooked and misunderstood Queen Mary.

As I dug into this part of Tudor history, I kept coming back to one person, who seemed like they really tried to make a difference, and I naturally wondered if he could have done more. Reginald Pole was one of Margaret Pole’s sons. She was the daughter of George of Clarence, who had been executed by his brother, Edward IV. In other words, Reginald had more than a few drops of royal blood running through his veins, enough that his older brother, Henry Pole Baron Montagu, had been executed as part of the supposed Exeter Conspiracy.

Reginald had been in Europe while most of this was going on. Henry VIII sponsored Reginald’s education early on before the king’s lack of sons made him jealous and paranoid about his cousins. From this safe distance, Reginald, a cardinal of the Catholic church in 1536, spoke out against the actions of Henry VIII and attempted to convince the monarch to repent of his sins and reunite his kingdom with Rome. Since Henry Tudor was known for his calm demeanor and willingness to accept rebuke, this all went over really well….

Henry was furious that Reginald did not support his separation from Katharine of Aragon, marriage to Anne Boleyn, and split from Rome after all that Henry had done to raise up Reginald and the rest of the Pole family. After executing Henry Pole, whose son also mysteriously never left the Tower of London, the king sent assassins to Europe to deal with Reginald. Thankfully, they were unsuccessful, and I would not have wanted to be them admitting their failure before Henry VIII!

Here is where my Alternate Ending comes into play. When Princess Mary and Reginald were much younger, their mothers had been great friends. Margaret Pole even served as Mary’s governess until Henry sent both Katherine and Margaret away. These friends thought a match between their children would be ideal and would be one more link healing the divisions caused by the Wars of the Roses. They had a common ancestor in Richard Duke of York and, if no sons came, Englishmen might accept Mary as queen with a nobleman like Reginald at her side. 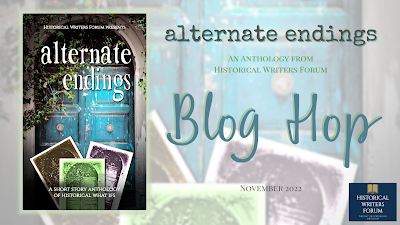 This plan came to nothing as the king refused to make marriage arrangements for Mary or consider her his heir. Then he did have a son, so it didn’t seem to matter. Until Edward VI died and Mary claimed her crown.

In reality, Mary chose to wed Philip of Spain. He was untrusted by her English subjects and did not treat her well. Protests against Spanish rule melded with those opposed to the burning of protestants, stirring up a well of rebellion among a people who had recently declared Mary their chosen queen.

I couldn’t help but ask myself how much better things might have gone if Mary had selected Reginald instead. In Europe, Reginald had attempted to find common ground between Catholics and reformers, and he was even almost elected pope in 1550. Might he have made a more acceptable king?

Instead, he did return to England, where he served as Mary’s Archbishop of Canterbury – the last Catholic to hold that position. He served as a spiritual advisor, but I have to wonder if he wouldn’t have made a better husband. I mean, it would have been difficult to have been a worse husband than Philip of Spain!

Read my story in Alternate Endings to find out!