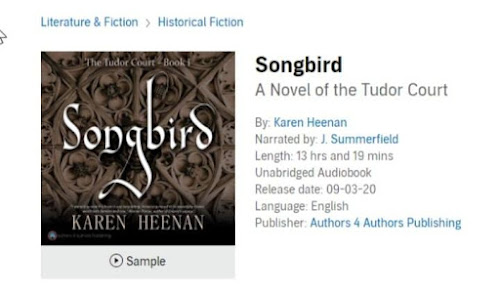 So the audiobook for Songbird is finally up everywhere! It actually arrived on Audible sooner than expected. ACX, the technical name for Audible, has really high production standards and will bounce books that are accepted everywhere else. I was a little nervous, until it appeared.

Then, because things never run completely smooth, it ended up somehow categorized under literature, fiction, and erotica. While there are a few... Interesting scenes in the book, anybody who purchased it looking for erotica would be sorely disappointed, and readers not looking for that would avoid the book, so I waited to really promote the Audible listing until my publisher reached out and had Amazon correct it. We're still not sure how it happened, because I know the categories that the book is in, and since it's a book already on Amazon, the categories should have simply carried over.

Who knows? Technical glitches happen, and this one is sorted now.

All this is to say that I have free codes for the audiobook, and all you have to do - you knew there'd be a catch, right? - is to sign up for my newsletter (which is on the sidebar) and respond to the newsletter email, saying you're interested in being entered to win a copy of the audio.

If you're on Facebook, you could also like and share my author page. I didn't make that mandatory, because I know a lot of people aren't fans of Facebook these days. Truth to tell, I'm not always either, but I have to reach readers where I can find them. 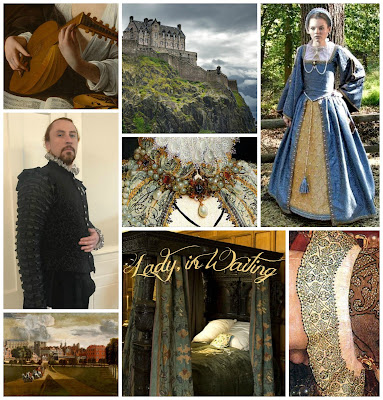 It's my favorite part of writing, even though it means I'm going to have to go back and edit her earlier words to reflect this more fully developed personality. When my people make me swear at them because they don't behave, I know I'm getting somewhere.
Posted by Karen at 4:02 PM 2 comments:

The Audiobook is (almost) everywhere! 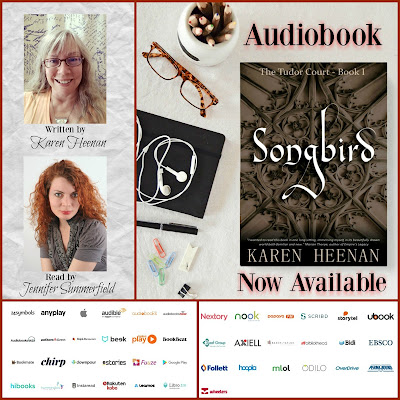 And by that, I mean it's everywhere but Audible. Because...Amazon. It takes its time. Like the Grinch's small heart, no one quite knows the reason.

Although - of course - Audible is the chief method of audiobook listening out there, can I make a few recommendations? Chirp is a relatively new audio provider. There's no fee to join, and by becoming a member, you get discounted audiobooks.

Also, Scribd is a program very much like Kindle Unlimited, except that you can also get audiobooks through them.

Either way, if you're interested in giving Songbird a listen, there's a free audio sample on any provider's website. If you give a listen - much less buy - I'd love to hear what you think!
Posted by Karen at 2:53 PM No comments: 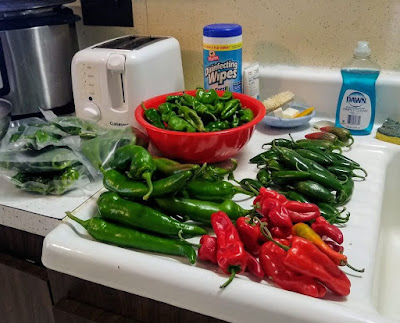 You don't even want to see the tomatoes. Trust me. It's going to look like a bloodbath in my kitchen when I get started on them.
Posted by Karen at 6:00 PM 1 comment: 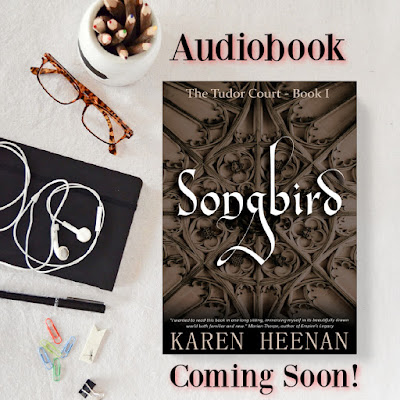 So this is exciting.

I've been working for the past few months with my friend, Jennifer Summerfield, to record the audiobook for Songbird, and a few days ago, I uploaded the last chapters to the publisher's shared drive for final mastering. I heard from them yesterday that there's a very good chance that the audiobook will be available across most platforms by this weekend!

It may take a little bit longer to arrive on Audible, or it may not. They've been a bit slower lately on uploading independent and small press audiobooks, but let's keep a good thought, shall we?

I'll be able to post a sample from the audio soon so you can check out how Jen brought my imaginary friends to life.
Posted by Karen at 1:14 PM No comments:

Hot time in the kitchen 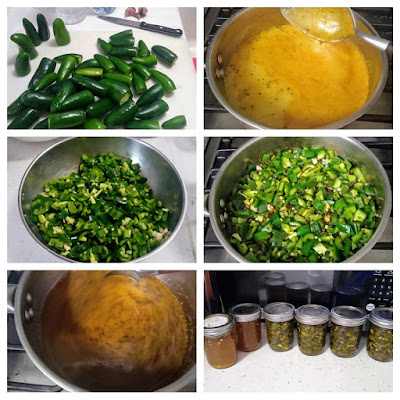 Yesterday I made a small batch of cowboy candy - candied jalapenos - one of our favorite snacks.

All the peppers have been coming in well, but the jalapenos arrived all at one time, and to add to the pile I picked up two bags at the Aldi so I could make a batch worth heating up the kitchen.

Candied jalapenos are a wonderful invention. Hot enough to still be classed as peppers, but with a tangy syrup that I use on fish, meat, and even over vanilla ice cream.

Here's the recipe for anyone who wants to give it a shot:

Chop jalapenos, discarding some ribs/seeds if you don't want extra burn. Mix cider, vinegar, and all spices in a pot, and bring to a boil. Reduce and simmer for 5 minutes. Add the peppers, and simmer for 5 more minutes.

Load sterilized jars with jalapenos and then add liquid, filling the jars and leaving a 1/4" head space. These can be processed in a water bath for 15 minutes or if you're like me, and you're planning to eat them quickly, let them cool on the counter (so the lids seal) and put in the fridge. WAIT TWO WEEKS BEFORE EATING. It helps the flavors to meld.

The original recipe called for only 1 lb. peppers, but I rough chop them instead of slicing, so you can get more in the jars that way. I sometimes add fresh garlic for extra zing. Usually there's syrup left over from this. Jar it and put it in the fridge. You'll thank me.
Posted by Karen at 1:38 PM 2 comments: 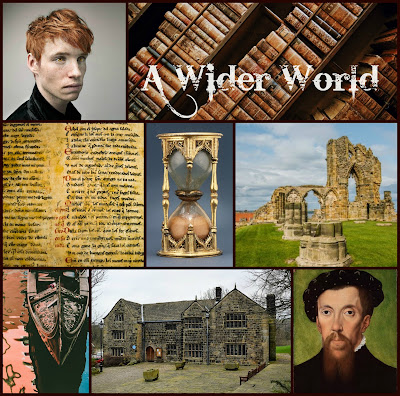 Readers of Songbird, rejoice, for there will - officially - be another book.

I recently signed a new contract with my publisher for my second Tudor novel, which will follow the side character of Robin Lewis through his eventful life through the reigns of Henry VIII, Edward VI, and Mary I.

The book has already been submitted and first round edits complete. This is a big deal, because even though I tend to submit a very clean manuscript (possibly because it's been gone over 842 times), it doesn't stop me from thinking, "What if they hate it? What if they want me to change everything?" (Side note: I wouldn't. There are changes, and then there are changes. Most of what was requested in edits was a cleanup of my excessive love of commas -- yet not my even more excessive love of em-dashes. Go figure).

A Wider World won't be out until April, 2021, but I've started working on a third book, featuring a character who appears at the end of the second book, and I'm working on a novella that will be a freebie for members of my readers club. Not a member? Join here.