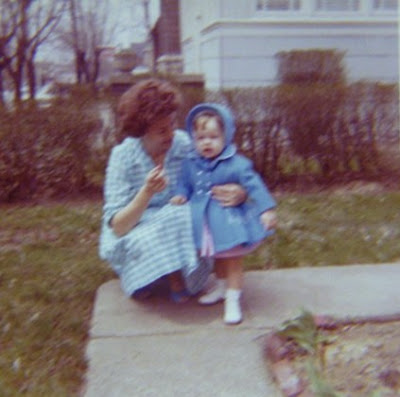 1.   How the fuck did this happen?  Sorry, I think I also started last year's birthday post with a similar sentiment, but the thought occurs every year - how did this happen?  And when?  Was I not paying attention?

2.  52 is better than 42, which was a hell of a lot better than 32, and let't not even talk about 22.  The best part of aging is that every year, you give less of a rat's ass about all the things that bothered you in the preceding decade.  If 52 is any indication, I'm going to be a dangerous old woman.

3.  I wish I had as much physical energy as I do mental.  I get tons of ideas, and have about half the follow through that I'd like.  When I had the energy, I had no idea what to do with it.

So there you have it.  Another year, a few more cranky thoughts about the aging process.
Posted by Karen at 9:02 PM 13 comments: 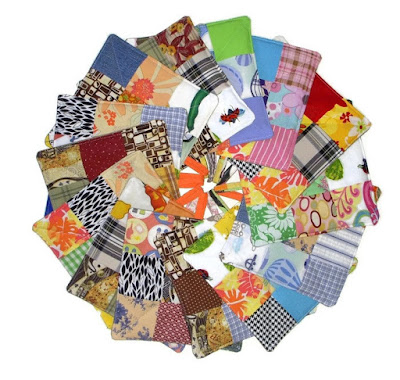 I cleaned out the scrap bin this week and took some time to make a new batch of potholders.

They're not the most lucrative thing I sell, but they always do well in the summer and at Christmas craft shows (cookout season and stocking stuffers), and it goes with my policy of not throwing anything away if I can possibly use it.

These are all made from 3" scraps.  If it's smaller than that, it's allowed to leave the building.

I've also been keeping up with my self-imposed to do list each week.  The first week, I made 8 toddler dresses, the second week, 10 jointed teddy bears, and last week I made 36 microwave bowls and 14 potholders.  This week's goal is 10 more stuffed animals, plus I have a custom bear to finish and special order recycled t-shirt scarf.

If I can keep going at this rate, I should have a nice pile built up before craft show season starts.  And since there's still close to 2 feet of snow outside, I have no reason to want to abandon my sewing machine to leave the house.
Posted by Karen at 12:34 PM 3 comments:

This one's going to meander.  Bear with me.

A few nights ago, Mario and I watched the documentary Scatter My Ashes at Bergdorf's on Netflix.  I wasn't feeling well and he thought a fashion movie would perk me up.  It did, but not in the way he intended.  While the bio of the store was fascinating, and I loved seeing all the designers and others who've worked with the store over the years, my favorite part, hands down, was the section on the creation of the holiday window displays.  (You can see them here).

The absolute joy in creation displayed by the entire display staff and all the artisans and workshops employed in making all those wonderful windows -- glass mosaic, luxurious upholstered animals, fantastic paper creations, ingenious woodworking, glowing copper birds -- was so obvious that it blew me away.  Would I rather be one of the profiled designers (a good number of whom don't even sew!) or one of these unnamed but very lucky makers?

Maker, all the way.  They do stuff.

Another recent movie:  The Chef.  I wasn't expecting a lot, but from the opening scene, which showed the chef fine chopping herbs and vegetables to make a meal for his son, they had me.  It wasn't just a story about a chef, it showed the work.

The work is what gets me every time.

Which leads me to this morning's very sad news. People who are immortal shouldn't be allowed to up and die on us. On the other hand, like I saw on Facebook this morning,

"If you're ever sad, just remember the world is 4.543 billion years old and you somehow managed to exist at the same time as David Bowie."

Amen to that.  And even though I'm sitting here listening to Bowie songs with tears in my eyes, I'm grateful for so many years of wonderful music.  Kudos to him and to his family for being able to keep his illness a secret so that he could do his final work and leave us with a farewell song like Lazarus.

Only David Bowie could make a video to basically announce his own departure, and make us love him for it.  Only a true artist would spend the last months of his life creating something new, and working through his own feelings about his impending death in a way that could benefit everyone who listened to his music.

For him, it was all about the work.

I don't know where I'm going from here, but I promise it won't be boring. 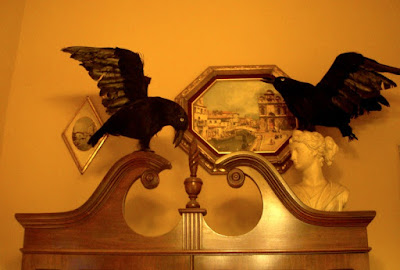 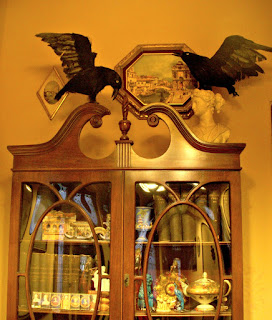 *With thanks to my friend, Karla Kizer, for the title.
Posted by Karen at 4:20 PM 2 comments:

Well, that went quickly, didn't it?

Somehow or other, it's already 2016, and like the rest of you, I will continue to write 2015 until sometime around Valentine's Day.

I'm still trying to get my head around the fact that the year's over and I'm starting prep for a whole new season, but my actions are ahead of my brain because I spent a few hours yesterday in the workroom doing just that.

There's a plan for 2016, brought about by some of my shortfalls in 2015.  I started the year with high hopes of being able to do everything, as we do.  Every craft show, every last-minute event, all while having a fully stocked Etsy shop and plenty of time to, you know, have a life.

Right.  And then said life intervened, and I took that long stretch of temp work and didn't do a lot in the evenings, and I had a few other things that threw me off track.

I did do a record number of shows last year, and between in-person custom work and shows, I doubled what I made the year before.  So that's good.  Fuck, that's very good.

On the other hand, I really let the online side of the business slide partway through the year because I didn't have a separate, dedicated inventory of items for the shop.  So every time something sold at a craft show, it got pulled offline.  And when I came home from the show and made more, if I had a show the next weekend, there didn't seem to be any point in photographing and listing it, much less paying the fee, if I was only going to pull it again the following week.  So the numbers dropped there, both physically and financially.

The vintage shop is predictable, though I do have a big backlog of things to photograph and list.

The plan, then, for 2016 is this:  each week, I'm going to make one thing, and one thing only.  I'll start making it Monday and finish making it Friday, and spend the weekend cleaning up and cutting out the next week's thing.  I'll also schedule set times during the week to photograph and list what's been made, and to do the other invisible things that make an online business exist.  (Nobody tells you about those, and they take more time than sewing).

This week, I'm making dresses.  I got ahead of myself last night and made one, but there are three more cut out on the table.  The goal for the week is a total of 8 dresses and 5 new Etsy listings, which can be either vintage or handmade.

With all this making, I'm also going to attempt to do two separate inventories, one for online and one for the beginning of show season.  I have a number goal for each item I make that I would like to reach before the official start of things in April.

We'll see how it goes.  I'll try to keep posting my numbers here to hold myself accountable.

*** On a veterinary note, Annie is feeling like her old self again.  The vet called with her biopsy results and they weren't good, but for the time being, everything is fine.  I'm not going to put her through chemo, so I'll simply keep an eye on her and feel her up more than she's going to like, and we'll play it by ear.  There's no saying that the cancer will recur any time soon.

Lily has finished up the last of Annie's antibiotics and it seems her urinary tract infection has cleared up nicely.  They both thank you for all your good wishes and crossed fingers over the last few weeks, and so do I.